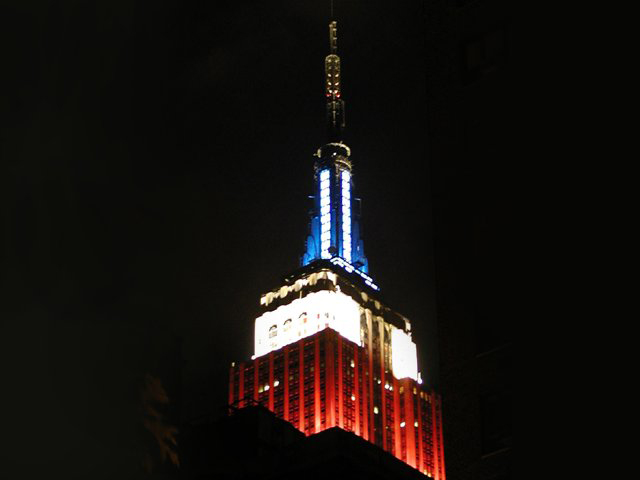 Last Monday, Alicia Keys partnered with Philips to create a brilliant light display on the Empire State building that was accompanied by two of Keys’ songs. “Girl on Fire”, a single from her newest album, which was released November 22, accompanied the light show, as well as “Empire State of Mind.”

The show was also intended to show off the new Philips Color Kinetics lighting system, which was recently placed on the Empire State Building.

The light system, which starts on the 72nd floor of the building and continues all the way to the building’s peak, displayed vibrant colors and patterns in synchronicity with Key’s’ music. The Color Kinetics system is touted by Philips as being able to display over 16 million different colors and create effects that could not previously be executed.

This brilliant color system is also known for displaying the election results earlier in November, raising blue and red columns as the candidates acquired electoral votes. This show displayed just how much the system is capable of, and the brilliant LED lights should continue to provide a spectacular accent on one of the most majestic buildings in the New York City skyline.