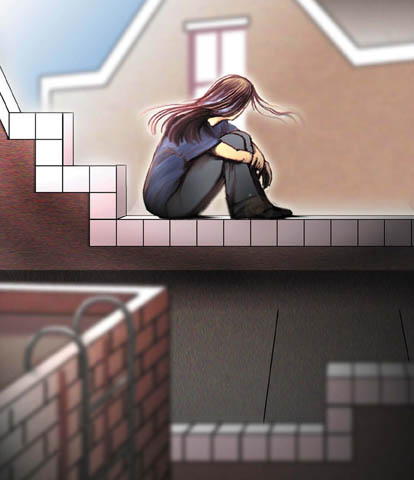 High school is supposed to be the best time of someone’s life…at least what we see in media outlets often portrays it this way. In reality, about 20% of teens suffer from depression, and one in six teens have contemplated suicide.

Harriton junior, Dan O’Connor was confident that a number of students within our local community were internally suffering from issues of this sort. Dan wanted to take action, and had two main priorities: to connect and foster support among those going through these experiences, thereby breaking down the walls of silence and secrecy which can compound these issues, and to promote consideration and understanding among others to prevent against bullying.

On March 24, he decided to create a support group on Facebook, deemed S.I. S.I.B. (Suicidal Ideation and Self Injuring Behavior) Awareness and Prevention. He encouraged everyone that joined to publicly post whatever personal issues they were going through, and posted his own story as well.

At first, this might have seemed like a presumptuous idea: who would want their entire community to be privy to their insecurities? Could these revelations come back to haunt the members of the group in this unforgiving society that likes to hide any hint of problems?

Many believe that the ability to hide behind a computer screen makes expressing oneself through these social media outlets seem easier than it would be in person to number of people. Many feel as though confrontation or confession of situations face to face is much harder than those screen to screen. And while some have argued that this culture of hiding can result in false personalities, inappropriate behavior, and a lack of reality, this S.I. S.I.B. Awareness and Prevention group has proven otherwise, as it has given students a sense of confidence that they otherwise would have lacked.

One Harriton student that is a member of the group explains this feeling in saying, “After reading everyone’s story, it made me realize that maybe sharing my story on Facebook is easier than than doing it upfront. You can’t get choked up while writing. You just keep going. My story is going to be there forever for everyone to read and understand who I am and where I came from. It just makes it easier to put your story down on paper to see exactly how you want it to sound and how you want it to be organized to show who you truly are.”

And the success of the group can attest to the comfort that this forum has provided its members. As of three weeks later, this group now includes 1,823 members, and dozens of people have found the courage to break the silence and to share their personal stories. Posts include anecdotes ranging from eating disorders to abusive parents, and even rape.

What is astounding is how far the group has reached.  The group’s members started out as primarily Harriton students, but has now grown to include students from Lower Merion, Friends Central, Penn Charter, Agnes Irwin, and many other local schools. Even LMSD alums, now in college, have posted their personal stories for others to connect to. This group has truly nurtured a sense of community throughout Montgomery County.

Despite the overwhelming amount of support for the group, there have been a few instances of mockery. However, the posts were quickly removed, and Dan warned that, “If there are any sort of negative posts, such as insulting someone in this group, your post will be deleted and you will be banned from the group. […] This is for people to gain support, not to be insulted and made fun of.” Clearly, the group is being monitored frequently for such posts.

For the most part though, the S.I. S.I.B group has received wide-ranging. It has been a medium for people to connect with others going through similar issues, especially those outside of one’s normal “friend group.” One member reflects that posting their story, “was a big help to me actually. I never really, truly knew how people actually felt about me because I thought no one really cared about me. At the least, it was a nice pick-me-up.”

It only took a few mouse clicks, but in creating this group, Dan O’Connor sparked an unexpected community, which triggers the question of why we hide behind society’s facade that suggests everything is fine. This group has a goal of helping all people see beyond this facade, which students put on at school, by helping people see that everyone has his or her own problems, and that we are never really alone. Groups like this uniquely allow individuals to share their emotions rather than bottling them up. With the topic of mental health placed in the open, it is hoped that students will become more comfortable with reaching out for help.