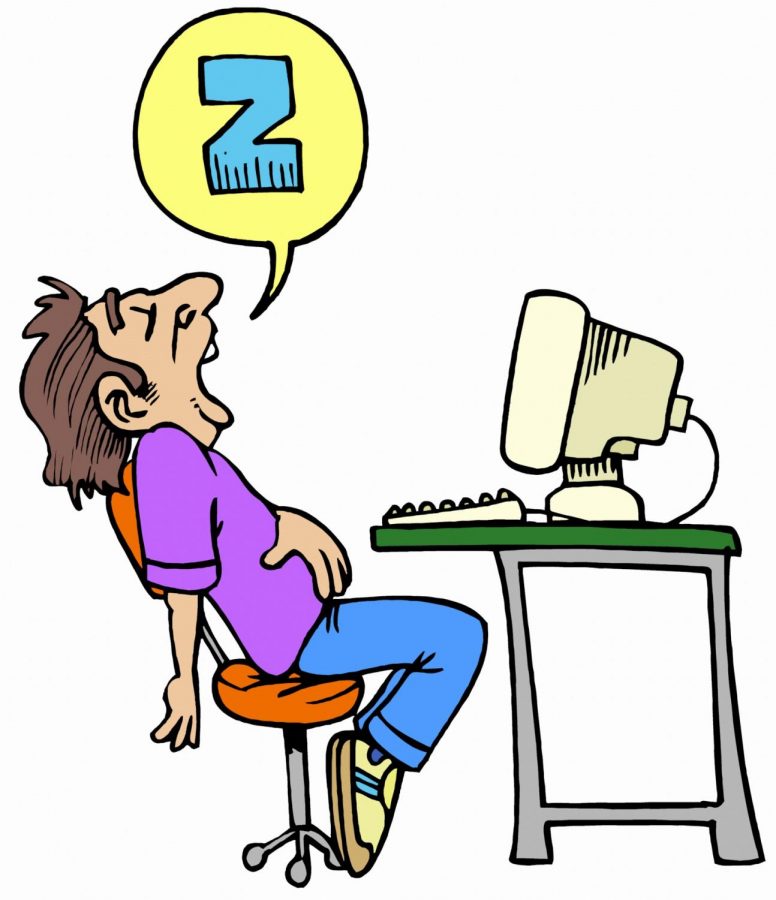 What is the most awful, unpleasant sound in the world? My alarm clock. Every Monday, as I drag myself from bed after the allotted 3 snoozes, I try to mentally prepare myself for four more days of horror until the weekend.

Don’t get me wrong – I love school, but waking up for it is unbearable. In my entire high school career, not a day has passed during which a friend hasn’t commented on how exhausted they were. When someone has a free first set, we see it as the luckiest thing in the world.

Almost every single person in high school, by my estimation, is tired, whether they reveal it or not. And how could they not be? We start class, Monday through Friday, at 7:30 in the morning. That means students awaken anywhere from 5:30am to 6:45am. Normally, this sleepiness is brushed off as “part of the normal high school experience.”

But it doesn’t have to be, nor should it be.

Teens need 8 to 10 hours of sleep each night, according to medical professionals. If you ask most high school students the amount of sleep they get, it’s probably between 6 and 7 hours, if they’re lucky. So, why not just go to bed earlier?

The problem is that teens, due to a shift in their circadian rhythms, generally cannot fall asleep before 11pm.  So, if we need 8-10 hours of sleep, we shouldn’t be awakening until 7 to 9am, which doesn’t work with a 7:30am start time.

Okay, so we’re tired – but what’s the harm? Well…lack of sleep affects our ability to learn and retain information, makes us more prone to illness, and makes the stress we already feel that much worse.  When we’re exhausted, doing homework takes that much longer.  And perhaps worst, for sleepy drivers – particularly new teen drivers –the risk of car crashes is much higher.

We are actually hurting ourselves and our success in school by being sleep-deprived.

For the last few years, parents and students have pushed the district to address this serious issue of sleep deprivation, and to start high school later, in accordance with the recommendations of many major national medical organizations.

On October 2nd, the school district presented a “Status Report and Information Brief” on adolescent sleep and school start times. A presentation on this issue occurred at the School Board meeting on October 16th, where many community members, including parents, current, and former students, spoke up about the issue.

Now more than ever, the LMSD community seems committed to some type of change. The School Board has agreed to examine the logistical issues of changing start times, along with educating and engaging the community. Over the years, some School Board members have voiced their support for a change, while others have been reluctant to embrace it.

However, at the recent (October 26th) School Board Candidates’ Debate, all eight candidates stated that they are in favor of later high school start times, and that such a change should occur within the next 1-3 years.

Could this be the leap of faith that many exhausted students and fretful parents have been waiting for? This cycle of sleep loss and deprivation should not continue when there is a clear solution. Although a change in start times will take work, community compromise and patience, it will be well worth it.

The science regarding the importance of sleep is undeniable, and the perceived roadblocks can be worked out. Many school districts across the country have changed high school start times and seen benefits, such as fewer car accidents, better attendance, less depression, and simply happier students who come to school more ready to learn.

In 2016, Lower Merion School District was ranked 22nd nationwide; shouldn’t one of the country’s leading school districts be a leader in the later start time movement? LMSD’s Strategic Plan, since 2014, has strived to “…ensure that all students achieve their highest level of critical thinking and creativity…,” and this is ONLY achievable through a change in start times.

Although it will be too late for me, I hope that in a few years, all LMSD high school students will be well-rested seven days of the week.