The Winning Submission in the 2019 Fall Writing Contest 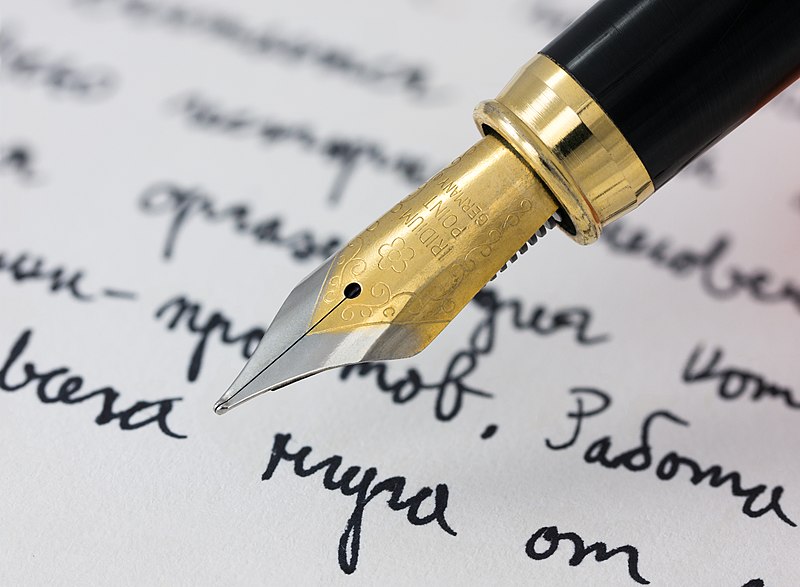 The Fall Writing Contest is hosted annually by the Harriton Writing Center. Each year, any Harriton student is invited to submit a creative short story addressing a general prompt, with this year’s prompt being to end the story with “…and that’s how the nachos ended up on the floor.” With submissions from many students of all grades, Aruna Balasubramanian, one of The Banner’s own, won the contest and a $50 Amazon gift card with the following story:

I started getting Ration Waivers when I was seven. They were left on the doorstep of my house, in thin, see-through envelopes with that ugly brown government stamp. Back then, out of pride, I left the envelopes to collect outside, and wouldn’t care if they got rained on, stepped on, and ruined. My family didn’t need them. And my parents didn’t want help from the government.

Things changed fast. The war, the regime change, and the epidemics spiraled out of control. Electricity stopped. Schools closed. People died. My mother disappeared on a Friday when I was ten. I don’t know where she went. But I didn’t search for her, because there was no use. People disappeared a lot around here–it was nothing out of the ordinary. I remember, the November after my mom disappeared, I set out to look for an easy job that a kid like me could pull off, like all the other kids my age had already done. Dad and I needed the money. But I didn’t find any work. It was around that time that we started using the Ration Waivers.

As the war worsened, life did, too. The government newspapers, the ones handed out at Ration Collections and printed on the same thin, see-through paper as the Ration Waiver envelopes, always carried stories of bombings and famines on the front page. But I didn’t read the news. Mostly, it was because I couldn’t read that well. But it was also because I knew that the papers were made by the government, which made them unfit to be trusted.

Just when I thought life couldn’t get any worse for us, news broke that an invasive insect species had ravaged the government farms, drastically reducing fall harvests. The Ration Collections became more sporadic. We were hungry constantly. Every day, after Dad went to work, I stayed home alone, in our cold house full of empty rooms that once contained the furniture that Dad had exchanged for Ration Waivers. The only thing that I would do regularly was stand at the window near the front door, waiting for a government postman to deliver a Ration envelope. Every time the postman came, I threw open the door, grabbed the Ration Waiver, and rushed to stick it in the safe in our kitchen. I’d been doing that since my neighbor got shot in the leg when a robber broke into his house and stole his Waivers. I wouldn’t let something like that happen to us. Our Waivers would be safe.

At eight o’clock every day, Dad would come home, and we would eat small portions of the Rations for dinner. We’d eat tiny “meals”, mostly freeze-dried vegetables, bread, and bottled water. We ate on the couch. But the meals left us hungry, and we got skinny. One day, huddling on the couch, under a blanket as rain poured outside, Dad turned to me and said, “Your birthday’s next week.” His teeth chattered from the cold. “You’ll be turning twelve.”

“Oh yeah,” I responded. I hadn’t celebrated my birthday for a couple of years, so I had totally forgotten about the occasion.

I gave my dad a weird look and tried to wrap my mind around his question. What did I want? Nothing that I would actually have the means to get, surely. Just then, my stomach growled.

My mouth watered, and I suppressed a hopeless chuckle. I knew my dream was unrealistic. And my dad did too. He didn’t respond.

The next Wednesday, Dad didn’t come home at eight. I was worried. I sat outside in front of the door and waited. He was never late. I started to panic. The last time I waited like that was the day Mom disappeared. The day I desperately waited for her to come home, and never saw her again. But at nine thirty, Dad ​did​ show up. He rushed up the path, looking excited. Relief flooded my veins. I ran to him and threw my arms around his chest, for a hug. I didn’t notice that he was holding a box.

“Let’s go inside,” he whispered to me.

I did as he asked. We went inside, to the couch. Dad placed the box on my lap. It was warm, and smelled amazing. My eyebrows raised. A birthday present! I opened it gingerly, and stared with my eyes and mouth wide open, at a pile of chips covered in cheese… nachos. Tears flooded my eyes. All I wanted was one good meal. I hadn’t had one in years. I looked at Dad gratefully.

“Thank you,” I whispered hoarsely. I couldn’t say anything else. I had run out of words.

“Don’t thank me,” he answered, smiling. He paused, then stood up. “Come, let’s get plates,” he said.

I quickly stood up and followed him to the kitchen, cradling the box of nachos like a baby in my arms. But when my dad stepped over the kitchen threshold, he stopped, frozen.

“What?” I said. He didn’t answer. I realized that he was unnaturally stiff. He wasn’t breathing. “​What?!​” I exclaimed, louder, starting to feel scared. I pushed him aside and stepped in front.

I found myself staring at my mother, standing in the middle of the kitchen, dressed in a clean white suit. She was smiling warmly. In shock, I dropped the birthday present.

And that’s how the nachos ended up on the floor.