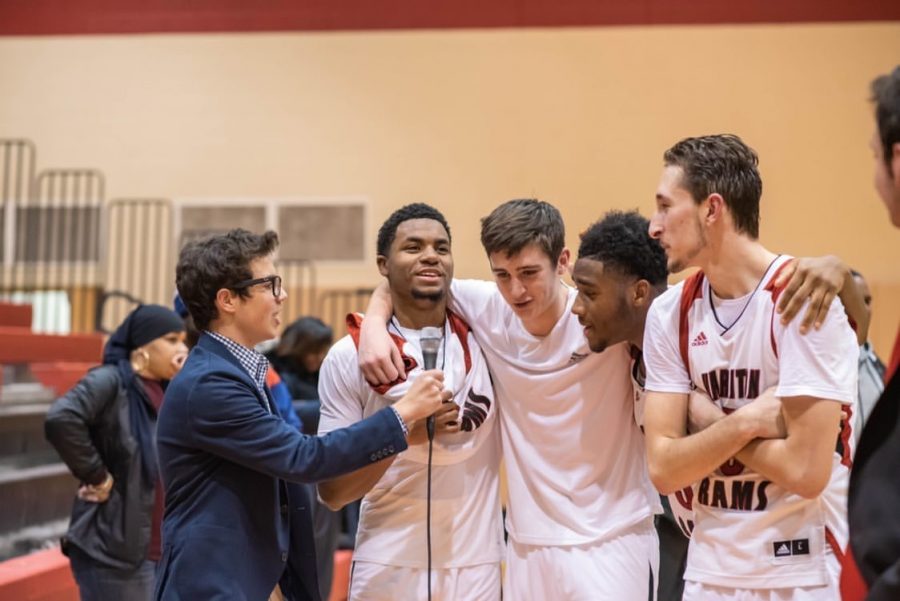 The first game of the night was the Lady Rams against the Lady Aces, with Harriton seniors Ava Paternoster and Alexia Louca initially leading the game. Right from the start, there was a mismatch between the two teams, with the Rams starting the game on a 14-0 run over LM. By halftime, the Ram girls were up by 17 points, and they never looked back. The Lady Rams beat the Aces by a score of 58-36, which got the Herd, the name of the student section at Harriton sporting events, roaring. Sophomores Annie Aspesi and Maretta Smith scored many of the baskets for the team, along with the Calhoun sisters, Mady and Lexy. When asked about the win, Aspesi confidently said, “we’re just getting started.”

From there, the boys varsity team squared off against the Lower Merion team, who is known within the Herd for their victorious history. After all, the Aces have a 6’8” center who is reportedly committed to Texas A&M. 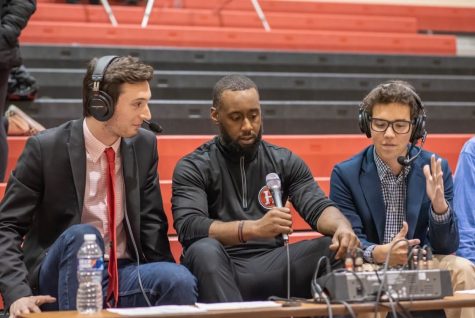 The Rams were ready to play from the start, but the LM boys did not expect such high energy from their opponents and did not heavily defend around their perimeter. Harriton was sure to take advantage of this, scoring some easy three-pointers. The Rams went into the half up by nine, but that lead did not last. The Aces came out with a new offense in the second half, which put LM up by 6 at the end of the 3rd quarter.

While the confidence level in the Herd started to decline, Coach Sample knew that his boys had the power to win this game. After a couple of late shots and defensive stops by seniors Alex Torbeck and Michael Tobasso, the Rams were tied with the Aces, 49-49, with the ball in the Rams’ possession, and just 45 seconds left on the clock. With time winding down after an inbound pass, star shooting guard senior Markus Bradley-Lowry took the ball, drove in, almost lost possession, dribbled past the LM defenders, put up a floater, and banked it off the glass as the clock hit zero. Harriton beat LM. Yes, you read that right.

The shot from Bradley-Lowry has garnered a lot of attention, especially after the game-winning clip was posted on House of Highlights, a basketball highlight account that has gotten this video of the shot over one million views in less than a day.

After the Herd stormed the court following the buzzer beater shot, victory and school spirit were just beginning to sink into the crowd of students. When asked about the win, senior guard Khayri Ransom said, “everybody counted us out going into this game, but we just showed them what this team can do.” When asked whether this win is the beginning of a new chapter for the Harriton basketball team, senior center Michael Tabbaso said, “Hell Yeah, [LM’s] our little sister now!” Hopefully, LM will keep the “Little Sister” title for a long time.