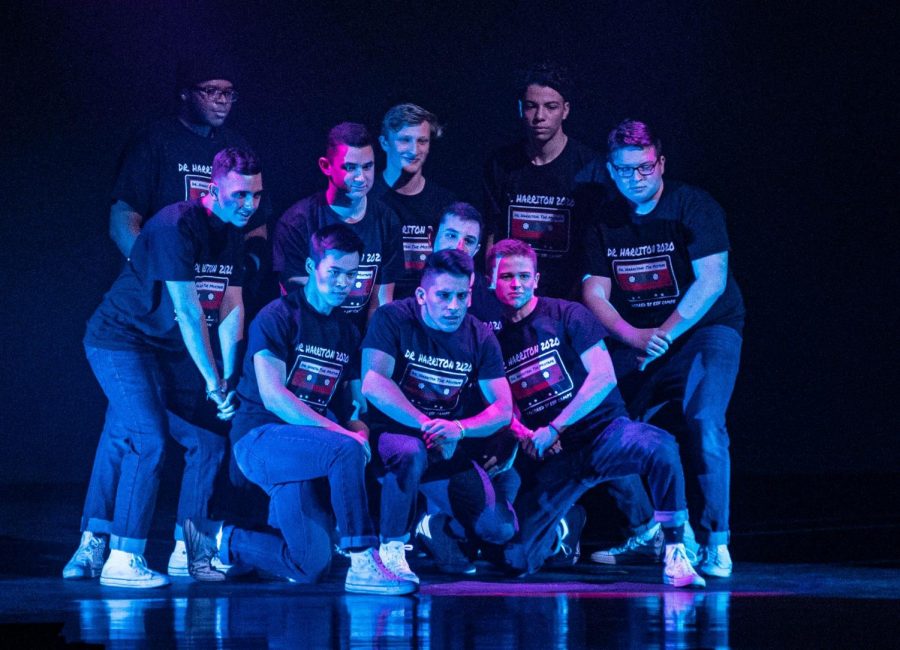 Hosted by Student Council, the competition is widely known as Harrion’s largest event. Each year, many families and community members attend to support a variety of charities and to also cheer on the ten students fighting for the title.

This year, the charities were the Lower Merion Township Scholarship Fund, which provides need-based scholarships to LMSD graduates, and the ESF Dream Camp Foundation, which offers enrichment programs to students in low-income families. 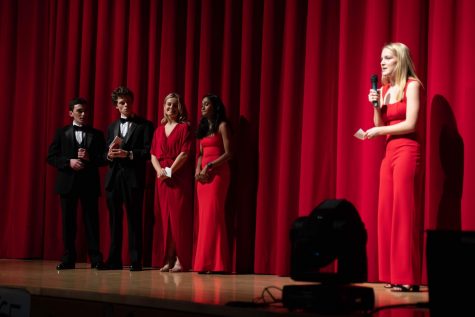 The event was entirely student-organized. Student Council Treasurer Taylor Shinal told us about her contributions to the event and her overall experience in helping to make the 13th annual Dr. Harriton a success.

“I was in charge of all the fundraising,” Shinal said. “My designated job as Treasurer is to oversee all of the money that comes in.”

Shinal was honored to have witnessed a record-breaking year for student council and to be a part of the officer team.

“It was amazing just getting to be a part of this amazing team and watch everybody come together to support this cause and create something amazing,” Shinal said.

All of the contestants displayed various acts of talent and humor, wooing the four teacher judges, who ultimately decided the winner. In the end, junior Andy Wu was crowned as the 2020 Dr. Harriton after playing many permutations of the song “Happy Birthday” on the piano—each version of the song was decided by the audience through the popular Kahoot multiple choice game(in this case, about 300 people participated in the game). 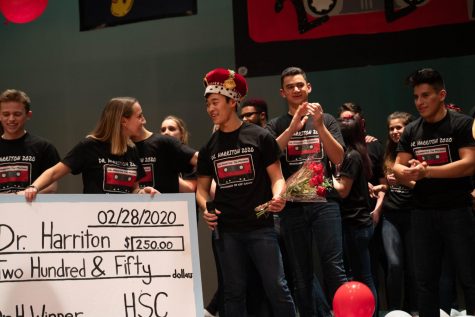 Wu’s Partner, Olivia Kim, reflected on the rehearsal process: “We learn the dances, we help with the fundraising, and group morals. I just like being with the group. All of the seniors are really nice and really welcoming.”

Other contestants included the runner-up senior Jay Ramaswamy, who played a complex piece on the violin, which started out with “Twinkle Twinkle Little Star,” but he surprised the audience by evolving the tune into a much more advanced piece.

The bronze medal was awarded to senior Mikkel Anderson, who showcased a comedic act; Anderson biked back and forth in time with the “FitnessGram Pacer Test” while wearing a scandalous nurse’s costume and carrying a plastic baby.

Other than Wu, the other junior was Mikey Kotler, who sang “I Need A Hero” by Bonnie Tyler, all while dancing in a red dress and blonde wig, reminiscent of the fairy godmother in Shrek II. 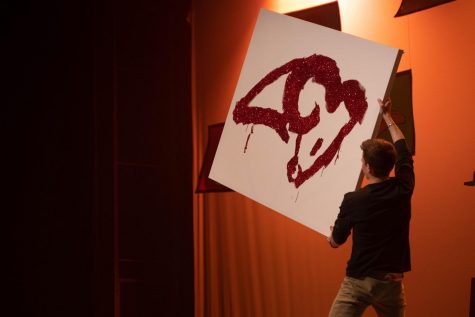 Senior Keith Scutchings sang the powerful “This Is Me” from the Greatest Showman.

Senior Rowan Teran danced hip hop to today’s trending songs, which kept changing in the theme of the show, “The Mixtape.”

Senior Blake Garber performed a magic trick in which he sawed his assistant, Cierra Anderson, in half, leaving everyone on the edge of their seats.

Mossaidis, the senior trumpeter, talked about his experience with Dr. Harriton: “Now that is over, I’m going through a withdrawal. I miss those guys already. I had such a special connection with all the guys. Right when that curtain opened for the intro dance—I will never forget that feeling.” 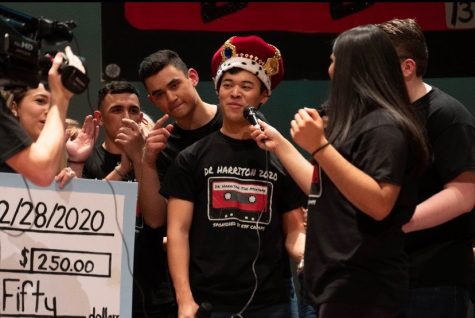 The officers, contestants, and choreographers are not the only ones who commit to Dr. Harriton for several months; there is also a massive effort from the behind-the-scenes crew and video production members, who spent daily hours after school to ensure the production ran smoothly.

Many of the student council volunteers described the experience of working for such a large production as “hectic.”

Not only did these volunteers work on the night of the performance, but they also were creating, and displaying posters, banners, and other publicity materials to promote the show. Beyond the volunteers, the light, sound, video(HHSTV), props, and janitorial crews all contributed to the show for weeks prior to the final performance.

A truly momentous occasion every year, and a monumental effort for the contestants, officers, and crew members, this year’s Dr. Harriton was yet another resounding success in the show’s 13 year history. 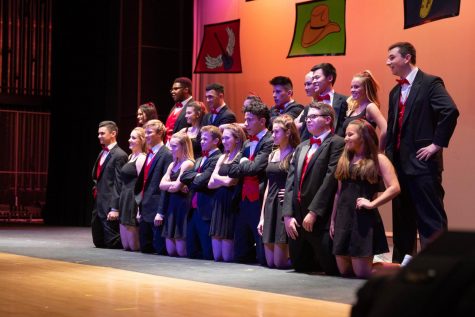 Full length videos from the show will be uploaded to Youtube by HarritonTV by the end of the school year.