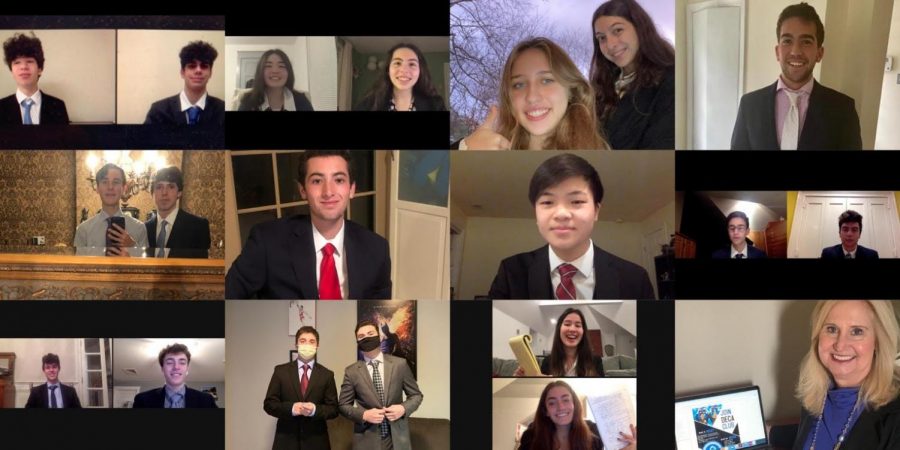 During the week of November 30th, Harriton DECA students competed in the virtual district competition in hopes of advancing to the state competition. Thirty-four Harriton students made up of 15 teams and 4 individuals, completed exams and role-plays as a part of the competition.

Normally, the district competition is held in person, but this year, due to extenuating circumstances due to the COVID-19 pandemic, the competition was held online. Students were given a week to complete an exam within their category and film and send in a role play.

All students were given a login and 60 minutes to complete the exam, which consists of 100 multiple choice questions that fall under each student’s specific category. The exam was closed note and a technology that blocked other tabs from being opened was utilized.

Harriton DECA returning member Jordan Lewis described the test-taking site as “user friendly” and believed he and his partner “put a lot of effort into studying to make sure [they] had good scores, something [they] did not get at [their] last competition.”

President of Harriton DECA Club Alexander Yung expressed that he felt his role-play went well: “I got to apply a lot of the knowledge I learned from business classes in a pretty fun, competitive setting.” Treasurer Sophie Weinstein noted that “not being able to physically collaborate with [her] partner while [they] did [their] role play was really odd, but in the end, [they]… competed to the best of [their] abilities.”

Harriton students had mixed feelings once they competed. Yung stated that “even in the virtual setting it’s a great time!” While new member and freshman Daniel Fenkel thought it was “very new and different.” He described his role-play as unlike anything he had ever read, but “working as a team” allowed him and his partner to complete the task in the allotted time frame.

Overall, DECA was aware this was a very new format and that students needed guidance, so they provided different informational zooms, instruction sheets, and recorded videos as help. In addition, District Coordinators and coaches were available during competition time.

Approximately 3,300 students are competing in Districts and the Awards Ceremony will be held December 17th from 3 pm to 5 pm over Zoom. DECA Club members are hopeful. Harriton DECA Coach Mrs. Keefer expressed how she is “beyond thrilled” with the DECA competition, due to the turnout this year and how the team has been practicing weekly since September.