A Look Back at the Harriton Football Season with Covid-19 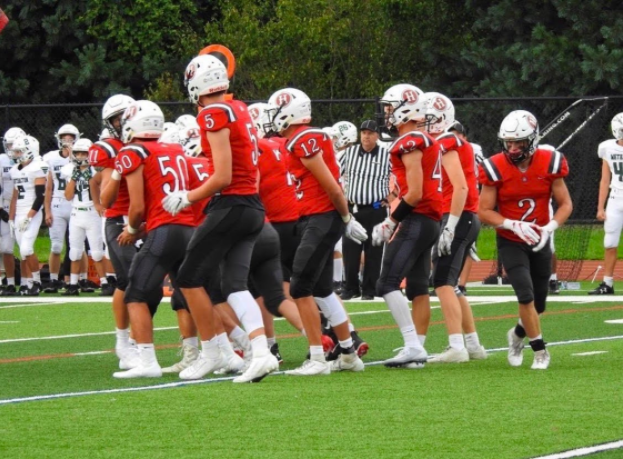 With the Harriton Football Season over, the Banner is reflecting on a unique season in which the school board shifted back and forth on decisions that impacted whether the team could even play. Early in the school year, after advocating and protesting for their 2020-21 season, the Harriton football team members got their season back.

At first, the season had been completely canceled, but later the school board allowed the team to play; however, players would not be allowed to attend school in person because district officials worried about the spread of COVID-19, citing the fact that football is a contact sport. However, district officials eventually updated the policy that would allow players to attend school in person.

Team members had to decide whether they would play this season. This decision was easier for some than others. senior and varsity football player Teddy Molineaux committed to playing the season: “I am playing football because it is my last season and I feel important to our team.”

Fellow Senior Sam DeCecco was on the same page as Molineaux regarding playing. “You only get one senior season and for me, this is my last chance to play football, so I want to make as many memories as I can now,” he said when asked to explain his reasoning for playing this year.

During the season, the team held daily practices and attended games. The team stayed safe by wearing double masks when practicing and playing. In addition, the players wore plastic shields on their helmets over their mouths. For sanitation, the players wiped down their equipment with disinfectant wipes and used hand sanitizer before and after practices, and during if needed.