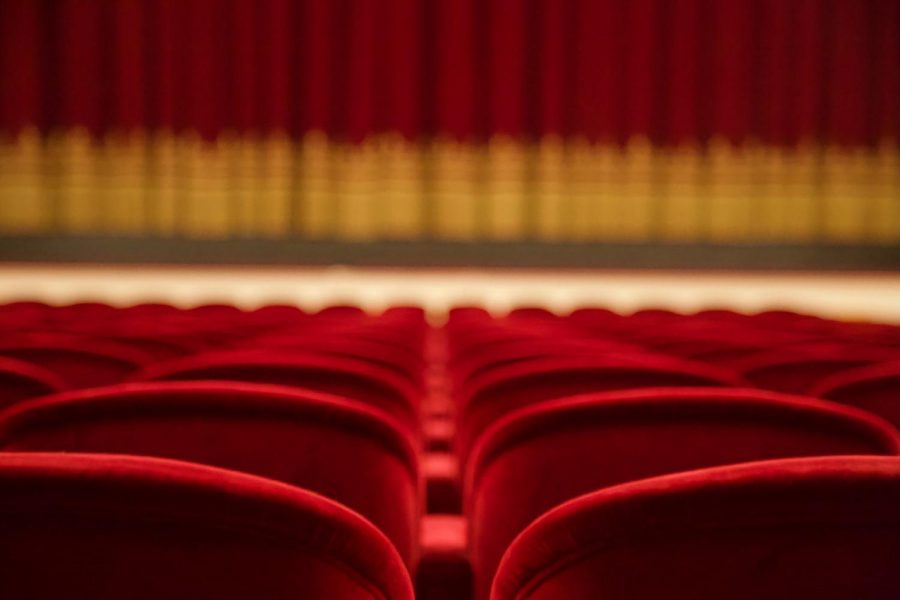 The Cappies is “a writing and awards program that trains high school theatre and journalism students to be expert writers, critical thinkers, and leaders.” The following is a review by Harriton senior and Lead Critic, Aiden Kaliner, on Episcopal Academy‘s production Radium Girls.

Radium, the most deadly substance known to man. At its heart, Radium Girls at Episcopal Academy illuminated the dark dangers of scientific exploration combined with corporate greed on the health of humanity.

D.W. Gregory’s haunting, historical fiction drama follows Grace Fryer and her group of friends while working in the U.S. Radium Corporation and its life-long effects on the radium painters in the 1920s. After consuming the dangerous substance by liking the tips of paintbrushes day by day, the women fall ill with a mysterious disease that rots their jaws until death. The plot then follows Grace struggling to accept fate and the impending lawsuit against the corporation as she and her friends wither away.

The cast as a whole excelled at telling the somber story. The actors, with a relatively small cast, handled double casting with maturity and sophistication. With swift continuity, the crew complemented the dramatic and suspenseful moments with quick scene changes, never interrupting the smooth flow of the production.

Leading the cast, Katie Locke simply shone. Locke’s portrayal of Grace was impeccable, complete with physicality, vivacious spirit, and nuanced emotional intonations. Her experienced acting abilities masterfully contributed to the character’s deteriorating health. Locke’s evolution— from upbeat and obedient to sickly and defiant—drove the show. Though the demanding role is extremely difficult, Locke’s performance was nearly perfect. Kevin Landaiche (Arthur Roeder) symbolized the show’s commentary of corporate greed to a tee. Landaiche’s final scenes were especially impressive; the guilt seeping into his character was palpable.

Logan Schlitt as Kathryn Schaub was a stand-out performer in the supporting cast. Her chemistry with Locke and Alaina Guo (Irene Rudolph) was enjoyable and playful. As the show progressed, her emotional range was evident. Schlitt’s melancholic moments were poignant and allowed audience members to empathize with the girls. Also, Will Esterhai’s performances as C.B. “Charlie” Lee and the Lovesick Cowboy were equally strong. As Charlie, Esterhai excelled in exhibiting his frustration, specifically with the confrontation between Landaiche in the second act. His comedic abilities shone as he portrayed the Lovesick Cowboy, a small featured role yet memorable due to Esterhai’s mastery.

Most notably, the lighting, designed by the US Tech Crew, successfully and creatively brought life to the production. With green hues that glew in the dark and red washes to illuminate a horrorish nightmare sequence, they used effective colors to convey the haunting mood. Additionally, the sound—independently recorded by Annie Lee and Noah Rossin—impressed audiences with its complex design.

Episcopal Academy’s Radium Girls portrayed the anguish and pain of radium poisoning at the hands of corporate greed all while highlighting the importance of women empowerment and social justice.