Disconnected and Free: My Digital Detox 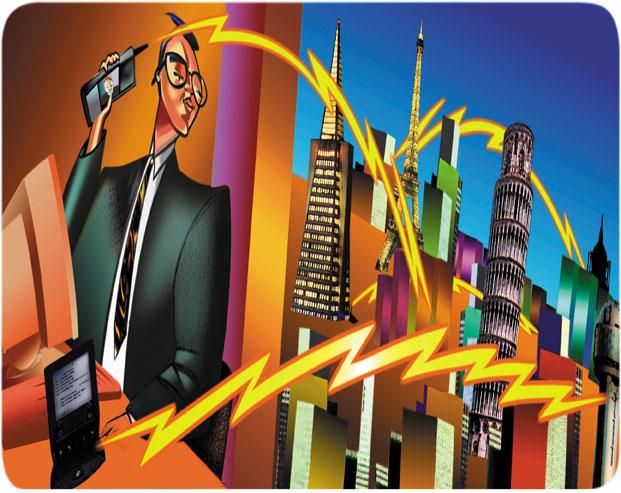 Riding the bus home from school is a quintessential medium for watching the leaves change. Each day, I travel the same route and pass the same trees. Over the course of a week, a month, I can notice the subtle differences in hues; this oak shades yellow and that maple turns red. Of course, though, to experience and appreciate this beauty, I would have to be alert, which I shamefully confess is not always true. Instead, like the rest of my busmates, I am on my phone, checking my email, the weather, or the countless other apps I am lucky to have access to on this device. But, should I really be favoring the digital world to the seasonal rainbow passing me outside?

We live in the digital age, surrounded and bombarded by perpetual information. Friends are constantly texting us, feeds are endlessly updating, and levels are always waiting to be unlocked. Of course, these networks make it more feasible to connect with others, yet they are also Pandora’s box for distraction.

As teenagers, we are especially receptive to this sensory overload. Not only have we grown up using these technologies and networks, and thus are more familiar and dependent on them than adults may be, but they have become so engrained in our culture that it is impractical not to check them everyday. I rely on technologies like Facebook groups to communicate with members of the clubs I am in at Harriton, just as I utilize my cellphone to quickly contact classmates about homework questions.

The pragmatic benefits to using these networks quickly subside, however, after a few extra clicks or a change in conversation. What I had intended to be a brief post in the “Harriton Banner Editors” Facebook group has now turned into me wishing a friend of a friend of a friend “happy birthday” or scrolling through “muploads” of people I hardly know. There is so much constantly being updated that it is extremely difficult to refrain from distraction.

Ironically, being constantly connected has made me feel more detached from the “real world.” I find myself distracted and exhausted from this permanent receptivity, even when disconnected, and lack the sense of presence that arises from offline everyday experiences.

So, I decided to turn my cell phone and social networking off for a few days. When I told my friends of this plan, I received mixed reactions. Some lauded my courageousness in fighting the noise of the “digital disease.” Most friends, however, gave me weary looks and asked how they had contact me about physics homework or send me a hilarious cat meme if they were to see one.

I will admit, I am a bit biased on this subject; technology and I have always had a volatile relationship. I delete my Facebook and Twitter often, frequently getting frustrated by how mundane my involvements on these websites seem. Long ago, I deactivated push notifications on my phone, and I often leave my phone at home purposely or shut it off when the distractions abound.

Nevertheless, I had never severed all connectivity at once (despite during times when I may not have had another option). Nor, had I ever renounced technology for as long as I was planning to: 3 days.

So, I shut off my phone and deactivated my accounts, and soon enough, I felt more at ease than I had in a while. The stress of school had not dulled, but I no longer had the added strains of feeling like I needed to check some network.

As the days passed, it became easier to live without these technologies. I found it easier to focus on my work, and though I still procrastinated, I certainly did not as much. I felt more relaxed by using my downtime for activities such as reading and playing my dog than I did when I scrolled through Twitter.

Since I conducted this “experiment” a few weeks ago, I have been involuntarily using social networks and my phone less than usual. I have found bliss and ease in being disconnected.

The world today is defined by permanent receptivity causing our generation to be overstimulated by constantly updated information. I urge teens to take a short break from technology, to flout the trance of “realtime” and reconnect with the real world. Who knows, you might enjoy the solace.