The Sly Genius of The Republican Party 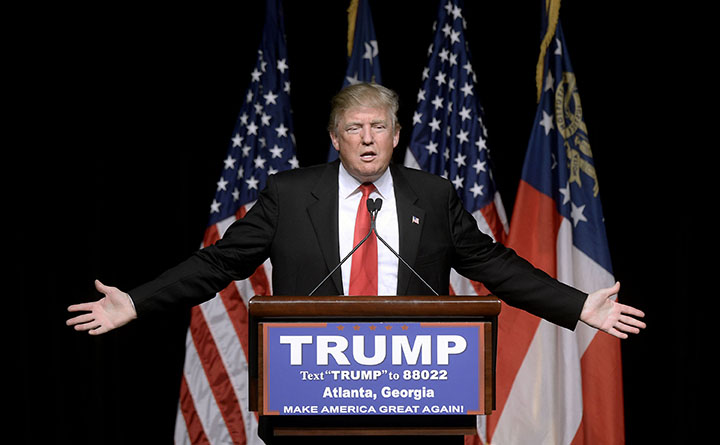 Throughout his campaign and during his first two months as president, Donald Trump has cemented his position as the embodiment of the manipulative, immoral side of American  politics. He demonizes the press, appoints woefully unprepared Cabinet members (Betsy DeVos being the prime example), and takes vacations that cost the people—HIS people—$3 million dollars each week.

However, amidst the chaos, amidst the outrage, it is important to remember that his strategy—particularly in winning over working-class whites—is not as new or different as he is. The Republican Party has been employing the same techniques to attract the same people—albeit less loudly—for decades. Trump just took those techniques and did what he does best: he went bigger.

The strategy in question is called the Southern Method. Its origins can be traced back to Reconstruction, but its adoption by the Republican Party began with Nixon. In the fallout of the Civil Rights Movement, Republicans came up with a dastardly way to win over blue-collar whites, which had long buttressed the Democrats, by appealing to the misplaced prejudices that permeated its populace.

The so-called “war on crime” Nixon spoke about was a characteristically sly, covert tactic to connect with disenfranchised whites’ anger towards African Americans, who were (and still are) often and unfairly portrayed in the media as criminals. The war on crime was a war on people of color.

Nixon may have introduced this tactic to his party, but he was merely the herald, a scout sent ahead to pave the way for those who would master it. There’s a reason modern Republicans extol Reagan as the greatest of their tribe—it’s not just their core positions of policy that reflect his, but their methods as well.

Reagan made the war on drugs a definitive aspect of his presidency, and it was everywhere—schools, newspapers, magazines, television, and more. Now, you might ask, how is it devious or immoral to combat the inarguable drug problem facing the nation? The issue lies in who is portrayed as the criminal, the drug dealer, the junkie.

As a result of institutionalized racism in the justice system, African Americans are incarcerated at more than 5 times the rate of whites. In the case of drug-related offenses, it is 6 times. In other words, African Americans represent a far greater percentage of the prison population than they did the actual criminal population, and so it seemed to the average bystander that most criminals were black and, by association, that many black people were criminals.

By cracking down on drug use, and by treating users as criminals rather than addicts in need of medical treatment, Reagan reinforced the prejudices held by many disenfranchised whites.

Perhaps the most grievous injustice of this strategy lies in its effect on the community it is used to recruit. The Republican Party has fiercely opposed progressive taxation, socialized health care, and all other governmental provisions designed to shrink the gap between rich and poor.

Simply put, the white working class has never and will never benefit from current conservative legislation. And yet, the Republicans continue to trick them into voting red. It is the root of the party’s immorality and cunning.

Trump’s genius (or, perhaps, accidental genius; it’s hard to know) lies in the way he expanded the Southern Method. Most Republicans have evoked racism sparingly and indirectly in order to win over the white working class without being branded a racist.

It is terrifying that someone can win the presidency by dialing the Southern Method up to 10, and it makes it difficult to empathize with those to whom Trump’s prejudiced persona appeals.

Nonetheless, it is the civic duty of the Democrats to try and win back the white working class because, as long as they continue to elect the Republican politicians who are so practiced at manipulating them, they will suffer under both fiscal and social conservative policy.