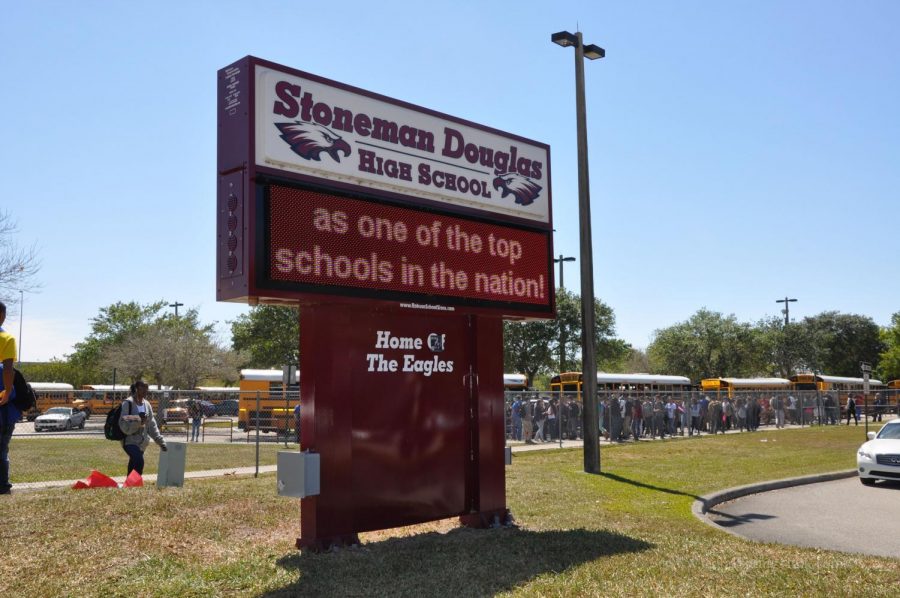 February 14, 2018 was an ordinary school day at Marjory Stoneman Douglas High School in Parkland, Florida. Then, at 3:18 p.m., dozens of shots were fired by a student with a troubling background, Nikolas Cruz. His bullets stole the lives of 14 students and 3 teachers.

This sparked immediate outrage, fear and piercing grief  throughout the country. This school shooting, along with several others, namely the Sandy Hook Shooting in 2012, has sparked a new debate among Americans: Should school teachers be allowed — or perhaps mandated — to carry guns?

President Donald Trump seems to think so.  Shortly after the shooting,  Mr. Trump met with survivors of the Parkland and stated that he was “looking into the possibility of giving [guns to] adept teachers with military weapons or special training experience,” and that a teacher would have shot the hell out of [the shooter].”

So now the question comes to us, America’s students: do we want more guns in our schools, or fewer? Do we want our schools to become military bases? Guns will contribute to a climate of fear in schools and will actually lead to more deaths and injures, not less.

Seventy-three percent of teachers oppose guns in schools, according to a recent Gallup poll. In addition, many psychologists such as Dewey Cornell from the University of Virginia stated that “if you put an armed guard into a school, there at best is possibility of preventing a shooting there, but put a counselor or psychologist [instead] and you have the potential to prevent shootings in any building anywhere in the community.”

According to CBS News, 87% of people believe that more mental health screenings would beneficial. 41% of people think that there aren’t enough security measures which are causing mass shootings around the country.

Here is a question I have for Harriton: Would you want armed guards with military-grade weapons patrolling the school? Or even knowing that there is a gun somewhere in the school but not knowing where is it? We as a school community must spread awareness of the dangers of teachers carrying guns in our schools, because this is a major problem that we are currently facing now, and is going to continue to be unless we stop it.

We can use our voices as students to make school a better place and allow it to become a second home. We should never be scared  or feel unsafe when walking into school.