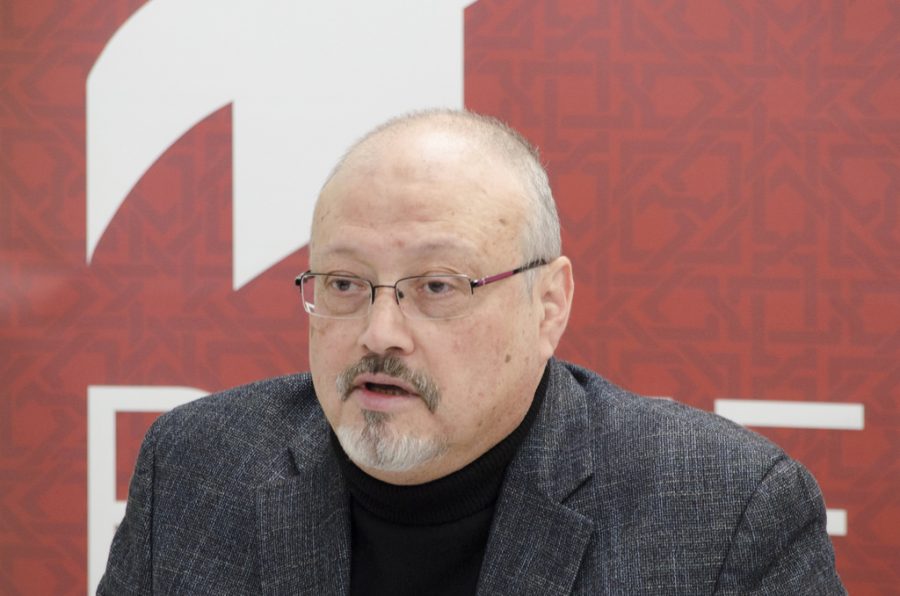 On October 2nd, 2018, Saudi Arabian journalist Jamal Khashoggi disappeared after entering the Saudi consulate in Istanbul, where he was trying to obtain documents so he could marry his fiancée. Khashoggi’s disappearance immediately raised eyebrows in the international community.

Having just fled Saudi Arabia for America a year ago, Khashoggi had become an outspoken critic of the Saudi monarchy which led many, including himself, to believe that he had become a target of Saudi Arabia and its young Crown Prince, Mohammad bin Salman (MbS).

Saudi Arabia was quick to dismiss any claims that their de facto leader had authorized any operation related to Khashoggi’s disappearance. In the months since, however, the CIA and other world intelligence services have pinned MbS as the man who ordered Khashoggi’s murder. The assassination has caused one of the most intense diplomatic affairs of the decade, with many in the West viewing this as a crime against the free press.

Turkey has been at the forefront of the investigation. President Recep Tayyip Erdogan was quick to allege that the plot was planned days in advance. This was quickly refuted by Saudi Arabia. The Saudis initially claimed that Khashoggi left the consulate unharmed and that his killing was the result of a “rogue operation” unrelated to the Crown Prince.

Without declaring how they were obtained, on October 31st, Turkey claimed to have audio recordings of the murder. On November 10th, Erdogan acknowledged the existence of the recordings and said they had been shared with Saudi Arabia, the US, the UK, France and Germany.

On November 17th, the Washington Post reported that the CIA had concluded that the Saudi Arabian Crown Prince Mohammed bin Salman authorized the killing of Jamal Khashoggi. Given America’s role in the international community, this conclusion will have international implications and will likely result in sanctions on Saudi Arabia from the US among other major democracies.

In order to evaluate an appropriate American response, one must first thoroughly understand the relationship between these two nations.

The US-Saudi relationship is important to both major American political parties. We rely on them for oil and defense interests, they rely on us for private-sector investment and arms. Five percent of America’s total oil supply comes from Saudi Arabia. This is lower than in the past, but still a significant figure for the world’s largest oil consumer.

The saying “the enemy of my enemy is my friend” comes to mind when discussing the US-Saudi relationship. The two nations have a mutual adversary in Iran. America supports Saudi Arabia in its conflicts against Iran. Of particular note is the war in Yemen, in which the US is supporting Saudi Arabian forces (backing the Yemen government) with arms and intelligence against the rebel Houthi forces backed by Iran.

Following the agreement, Saudi Arabia became the top recipient of US arms and defense stocks, reaching an all-time high in what was deemed a historic expansion of US relations with Saudi Arabia.

Following the murder of Jamal Khashoggi, there was a bipartisan uproar in Congress demanding punitive action against Saudi Arabia. Members of the President Trump’s own party called on him to send a strong message in the form of sanctions.

The President quickly responded with claims that sanctions would hurt the US economy due to the billions of dollars and jobs supported by the US-Saudi arms deals. Secretary of State Mike Pompeo visited the Saudi Arabian King on October 16th, reportedly to warn him about the possible necessity of US sanctions due to international pressure.

Without confirmation that the Saudi Arabian monarchy was directly responsible for the killing, the White House delayed on sanctions. Now that the CIA has concluded that the Crown Prince ordered the murder, it is time for the US to act.

The close and complex relationship between the US and Saudi Arabia hinders our ability to place sanctions on the Kingdom. Any form of sanctions on Saudi Arabia will likely result in a response either in the form of a diplomatic expulsion or use of the “oil weapon” among others.

The “oil weapon” refers to when a country either decreases of refuses to increase oil production and exports to a particular country. It has been used three times in the past (1956, 1967 and 1973) and results in short-term losses such as high gas prices and oil shortages.

This may be the biggest weapon Saudi Arabia currently has against the US; however, I would argue that while the threat may be daunting, it’s not credible.

Saudi Arabia’s use of the oil weapon would ultimately backfire. If prices on Saudi oil rise, consumers are likely to move to cheaper alternatives such as Iranian oil which wouldn’t only hurt the Saudi economy, but also defense interests. While the US most likely would not move to Iranian oil, we are becoming increasing self-sufficient and the oil weapon would just prompt us to continue to move toward total self-sufficiency in the energy sector.

President Trump also should not fear Saudi Arabia pulling out of the arms deal, as the Saudis would never do so given that our arms and intelligence support are essential in their effort against Iran in Yemen. Overall, Saudi Arabia needs the United States more than we need them; thus, any retaliatory action against US sanctions would have only minor effects on America in the short-term and major effects for Saudi Arabia in the long-term.

With MbS believed to be responsible for the killing, I believe that it is absolutely essential that the US take action against Saudi Arabia in order to show that no crime against the free press will go without consequences. The first step has is to demand of the United National Security Council a thorough investigation into the matter.

Such an investigation can only take place with the full cooperation of Turkish and Saudi authorities. Should it be confirmed that the Kingdom is responsible, the US should suspend all arms sales to Saudi Arabia and encourage our allies to do the same.

Contrary to what President Trump has claimed, no jobs are likely to be lost if such an action were to take place because no jobs in the defense industry are solely reliant upon the deal. A suspension of our arms sales would place immense pressure on the Kingdom by removing their single top-source of weaponry.

A logical next step in our sanctions would be to end our support for Saudi Arabia in Yemen. Aside from ending arms sales to the region, showing resistance would also involve ending our intelligence operations in Yemen.

The war in Yemen has been deemed the worst humanitarian crisis in the world by the United Nations and holds no benefit to either the US or Saudi Arabia aside from fighting our mutual enemy Iran. An end to our arms deal and intelligence support would be a crucial step in ending the conflict and humanitarian crisis in Yemen.

Suspending the arms deal and ending our support for the war in Yemen would not only significantly strain Saudi Arabia and its military but it would also force them and other allies to rethink their actions against the free press and other democratic institutions if they would like to maintain a strong relationship with the United States.