Opinion | Elizabeth Warren Is Not “Hillary 2.0” 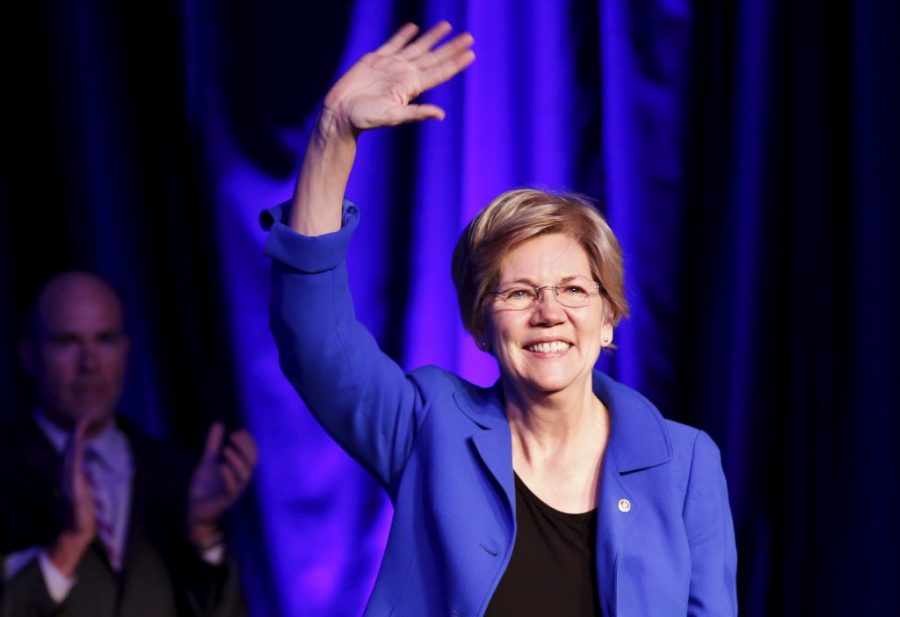 Senator Elizabeth Warren of Massachusetts announced she is establishing an exploratory committee, which is the legal precursor to launching an official bid for the presidency. In other words, she is seeking the Democratic nomination in 2020.

In the day since Warren’s announcement, I’ve heard more doubt than excitement. Fellow Democrats have criticized her clunky interim slogan (“We Will Rebuild the Middle Class”) and fear she will be “Hillary 2.0”

At face value, these concerns are understandable. Warren does bear a physical resemblance to Hillary Clinton; they are both Northeastern white women whose ages differ by only two years (Clinton is 71; Warren is 69).

Dig a little deeper, though, and you find the two are very different politicians. Warren just won a second Senate term this November. Before she was first elected in 2012, she helped establish the Consumer Financial Protection Bureau (CFPB) and taught at numerous law schools, including Harvard and the University of Pennsylvania. No one can attack her for being a political elitist, a brand that Clinton was never able to shake.

More importantly, though, Warren has the populist fervor that Clinton lacked. She, like Bernie Sanders, is one of the only congressional liberals who makes any effort to capture the attention the American public and broadcast her progressive messaging through the national media. In 2016, Warren’s attack on Wells Fargo CEO John Stumpf during a Senate hearing went viral. The day after Trump’s inauguration in January 2017, she spoke at the Women’s March in Boston. Both showcased a tangible fury and vigorous public presence that is all too rare among Democratic politicians.

Following the devastating outcome of the 2016 election, many liberals told me they thought Hillary lost because her policy agenda was too liberal, or because she was a woman. These just aren’t correct.

Democrats learned all the wrong lessons from Trump’s victory. If Hillary lost because she was too liberal, how did quasi-socialist Bernie Sanders ignite such a rabid following and come so close to winning the Democratic nomination? And while sexism is undoubtedly a massive problem in the U.S., there is no reason to believe a woman in fundamentally incapable of winning the presidency. That is, ironically, a sexist assumption.

Clinton lost because she was a bad campaigner. Aside from strategic mistakes like failing to visit Wisconsin even once during the general election, she is a poor public speaker and failed to excite any specific demographic in the way that Sanders and Trump did. Listening to her speak directly after her husband and the Obamas on the eve of Election Day, even I, a diehard supporter of hers, recognized her weakness onstage.

Warren has the energy that Clinton lacked. I don’t pretend to know whether she is the best choice for the nomination out of all the likely contenders — Joe Biden has a more commanding public presence than the Massachusetts Senator, and retiring Rep. Beto O’Rourke of Texas, who came within 215,000 votes of stealing Ted Cruz’s Senate seat, has an Obama-like inspirational charisma. But Warren is not a bad candidate.

It’s impossible to know who the best candidate is until the campaign really gets going. I’m not a fan of these pre-race opinion polls on potential Democratic candidates because the majority of Americans have not yet seen these people speak, let alone debate one another.

Experience, age, gender, race, ideology — we can’t afford to quibble over these factors any longer. Democratic voters must pay close attention to the race and nominate whichever candidate — man or woman — has the best chance of kicking Donald Trump out of the White House. That is all that matters in 2020. The health of migrant families, Muslims, African Americans, Latinos, women, and American democracy depend on it.