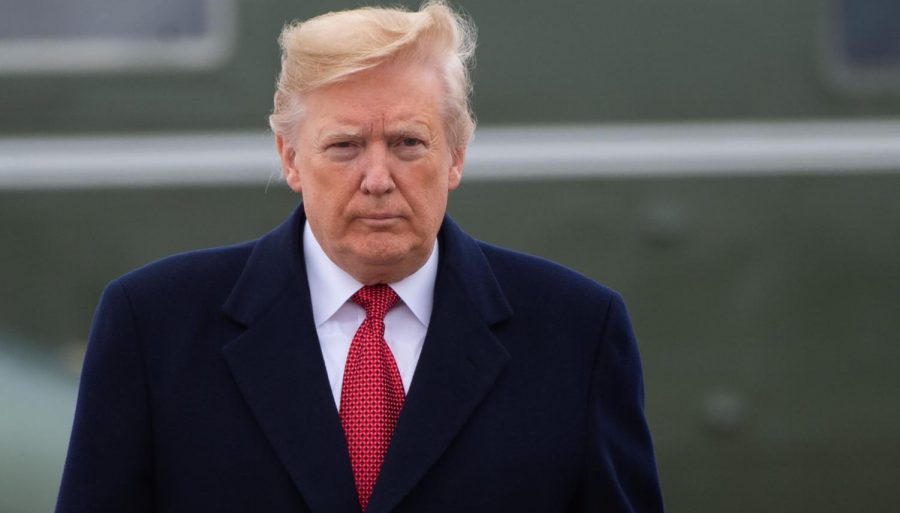 With the 2020 presidential election now less than two years away, many American politicians are either announcing their candidacy or seriously considering it, while President Donald Trump struggles to ensure a win for his second term in office.

If you have been following the news on President Trump’s highly controversial first term, you may know that, with the many ill-advised and impulsive decisions he has made, he may have to work hard to find a way to keep his presidency for another four years.

During his two-plus years in office, Mr. Trump has only further sullied his poor reputation through various controversial decisions, questionable comments, and an impolitic diplomacy.

One such policy was his proposed border wall between the United States and Mexico, which has been controversial since before Mr. Trump’s election. Mr. Trump made a promise to America to build a border wall as soon as he entered office. That promise has not been kept.

This is mainly due to the widespread initial backlash to the idea of a border wall and even more since he caused the longest government shutdown in US history for 35 days because he wanted Congress to allot money for the wall; it refused. He ended the shutdown on January 25th—settling for just $1.3 billion towards border security despite demanding $7.5 billion—and soon declared a national emergency just a few weeks later in order to direct funds from other money from the national budget to go toward the wall.

He justifies his decision by claiming that there is a large influx of drugs and criminals at the southern border, even though illegal crossings are on the decline.

After Mr. Trump’s dispute with Congress over the wall, accompanied by the government shutdown, the foreseeable future for his reelection campaign isn’t looking as bright as he would have hoped. The main reasons why this will hurt his chances for re-election are (1) Democratic opposition and (2) the persistent public opinion that he is incompetent and unfit for the office of the chief executive.

Democrats and the GOP have always had friction because of their different stances on almost every issue, but Trump has trumped the rest of the GOP and has increased conflict with the Democratic party within the last 2 years — even more since Democrats seized control of the House of Representatives in midterm elections last November.

After Mr. Trump’s national emergency declaration, democratic Rep. Nancy Pelosi and Sen. Chuck Schumer commented, “This is plainly a power grab by a disappointed president, who has gone outside the bounds of the law to try to get what he failed to achieve in the constitutional legislative process.”

Mr. Trump’s adamancy on the border wall, especially with the $8.6 billion in emergency funds he will receive after diverting away money from other programs, has gained fierce opposition from Congress, including a portion of the GOP. This opposition will likely not lead to an easy run for Trump in 2020.

Along with opposition from congressional Democrats, Mr. Trump is fighting a risky battle with the belief that many voting citizens question whether he is fit to lead the world’s foremost superpower. Though the very conservative voters will likely still vote for Mr. Trump in the upcoming election, it is hard to say whether he will be able to convince the larger number of voters who were on the fence in 2016 and continue to question his stability as a leader.

The border wall debate, the government shutdown, and the national emergency have hurt Mr. Trump’s chances as these decisions portray him as being unable to resolve internal conflict with statesmanship, logic, and reason.

To a large majority of people, a government shutdown is seen as a failure of the system. They believe a national emergency should only be triggered when there is a much larger issue at hand that needs to be resolved before other matters can be considered.

In my opinion, the national emergency was wholly uncalled for, and Mr. Trump disproved his own argument by saying that, “I didn’t need to do this, but I’d rather do it much faster.” By declaring an unnecessary national emergency, Mr. Trump has proven that he is not able to keep White House together, and the constant friction between him and Congress is not helping.

Though it is healthy to have a difference of opinion, it is becoming more clear to see that many people are not going to vote for him just to see more delayed action and pointless disagreement for another four years.

The list of events in Mr. Trump’s first term that will hurt him the most can go on and on—special counsel Robert Mueller’s Russia investigation, opposition to his decision to pull the United States out of the Paris climate agreement, and more.

I believe that President Trump has set himself up for a difficult run during the 2020 presidential election, and whether he will be re-elected or not depends on whether he is able to convince the same borderline voters from 2016 or those who voted for him because of a distaste toward Hillary Clinton.

It is important for him, and all the candidates, to really consider 2020’s voting demographics, and the sheer number of typically disenfranchised groups of people who are driven to vote in this election compared to years past.

It is especially important to do this after looking at the demographics of those who voted in the midterms, and how different voter turnout was compared to any other recent election.

So the real question is this: Has President Trump’s whirlwind of a first term changed people’s mind to vote in a different direction this coming election, and will people who typically don’t vote be compelled to do so in 2020?