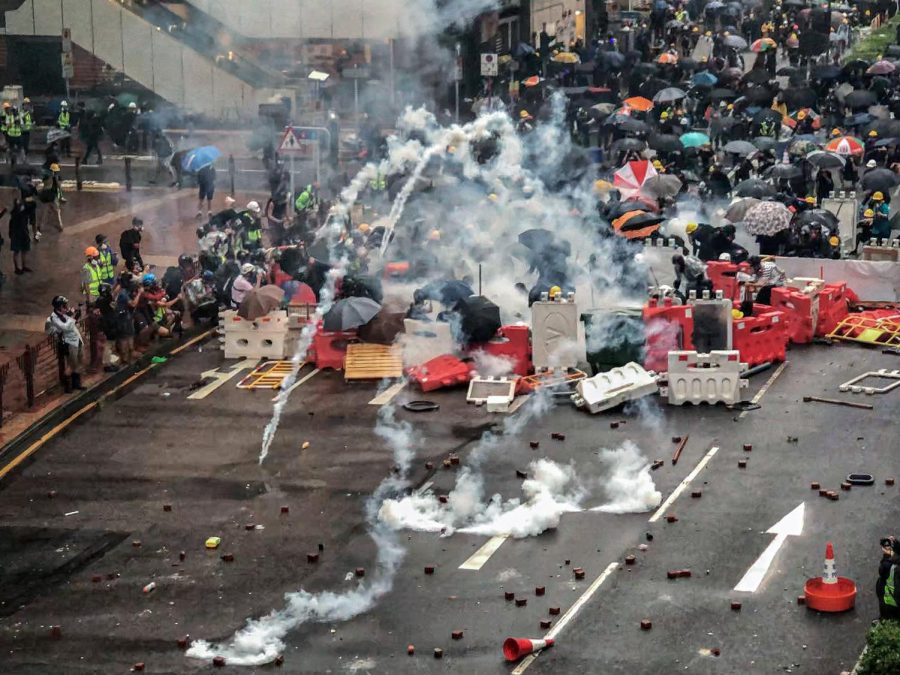 Beginning on March 31st, 2019, the Hong Kong protests have steadily grown into violent and largely uncontrolled demonstrations, revealing the extreme nature of police brutality and political tension between the territory and mainland China.

The Hong Kong protests followed the controversial Fugitive Offenders and Mutual Legal Assistance in Criminal Matters Legislation Amendment Bill, which was passed in April 2019. The bill allowed criminal suspects to be extradited to China—depending on circumstances.

The bill sparked an outrage among citizens who believed this would give China a greater and an unfair power over the city, and would place citizens under cruel treatment and biased judicial trials.

The context of this particular outrage originates from the complex nature of the culture of Hong Kong, which was a British colony up until 1993, when it was returned to China. At the time, the city already had an independent government, laws, and culture.

However, after falling back under Chinese jurisdiction, there has been political and social tension between mainland China and Hong Kong. This tension primarily pertains to whether the city can maintain its own independent political system and social affairs, and whether China has the right to impose laws and policies, such as the extradition bill.

As a result, the protests have become more violent, and chaotic as tension steadily increases. The first large demonstration occurred on June 9th, 2019, with more than one million protestors marching the streets.

Since June, the bill has been suspended indefinitely, yet the protests continue as citizens begin to vouch for various civil rights related issues facing the community, including universal suffrage, amnesty for arrested protestors, and inquiry into police brutality.

Police brutality has become a prominent reason as to why protests have continued in the streets. During these protests, reporters and other members of the media have had violent confrontations with the police. In an article by the South China Morning Post, a freelance journalist read a statement that accused “officers of ripping reporters’ masks off and pepper-spraying them.” The police have also admitted to using violent tactics to control the protests.

Surprisingly, this event has not been the first time the police have used illegal and violent methods; the police tear gassed a pharmacy and a restaurant, supposedly on accident, and did not provide any sort of explanation about the incident.

These extreme acts of violence have done nothing but increase the political tension and incite anger and fear in citizens. Hong Kong citizens are not keen on ending their demonstrations, and the police force is not attempting to reconcile or compromise.

With the pushback and violent tendencies of both sides, the hopes of peaceful confrontations may no longer be on the table, which begs to ask, what can resolve these issues and lower the tension in the city?

Some citizens believe the answer to this question is total submission to the authority. Many protest-supporters have fallen back to that claim, saying that the violence has gone too far and that the protests crossed the line when the public began attacking officers, vandalizing, and committing other comparable acts.

Although the violence has reached a controversial point, if citizens submit to officials and China’s political authority now, they will lose their rights and face oppression.

This presents a paradox: though many citizens are tired of the violence, they wouldn’t have gotten global attention without it. There would also be no future prospect of being granted powers as an independent political system.

The Hong Kong protests have grown infamous for breaking out in intense and often violent confrontations between protestors and the police force.

Although there has been opposition to the continuation of the protests, the extreme conditions of the political atmosphere has become a necessity to draw global attention and promote the likelihood of Hong Kong citizens being granted the right to preserve their culture and political system independent of China.