When Patriotism is Greeted with Bigotry 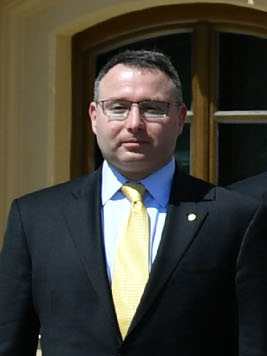 Decorated American veterans should not be the subject of grievously offensive conspiracy theories. Here’s why.

Lieutenant Colonel Alexander Vindman, a Ukrainian-born American veteran who received the Purple Heart after being wounded in Iraq in 2003, agreed to deliver his testimony on Tuesday, October 29th regarding his knowledge of President Trump’s July 25th phone call with Ukrainian president Volodymyr Zelensky.

Mr. Vindman, who had listened to the call, determined that the points Mr. Trump raised—namely, withholding $391 million in federal aid to Ukraine until Mr. Zerensky issued a public declaration of his intent to investigate Hunter Biden’s business dealings in the country—were damaging enough to American interests that he reported his concerns to his superiors.

In an interview, he said, “I did not think it was proper to demand that a foreign government investigate a U.S. citizen, and I was worried about the implications for the U.S. government’s support of Ukraine.”

This brings us back to the issue of conspiracy theories. Rather than being commended for his efforts to stabilize American foreign policy in Ukraine and testimony before Congress out of his patriotic duty, right-wing pundits and conservative commentators have cast doubt on Colonel Vindman’s loyalties.

Immediately, Mr. Yoo’s comments were condemned by many across the political spectrum, and rightfully so. It is shameful that a decorated U.S military officer who has proven his unconditional loyalty to the U.S both on the battlefield and in conference rooms should be suspected of betraying U.S national interests merely for voicing concerns about Mr. Trump’s corrupt undertakings abroad. To then use his background as an immigrant from Ukraine to justify these baseless conspiracy theories is simply unacceptable by basic moral standards.

CNN anchor John Berman pointed out that grounding allegations of treason on the language an officer speaks, or his ethnic background, is questionable at best. I wholeheartedly venture to call it bigoted.

Now, I am not saying that we should unequivocally trust individuals with ties to the country they are dealing with, far from it: under normal circumstances, a reasonable amount of suspicion can be understood.

Indeed, Vindman said at one point: “I realized that if Ukraine pursued an investigation into the Bidens… [it] would undoubtedly result in Ukraine losing the bipartisan support it has thus far maintained.”

However, rather than using his ethnic ties to justify maintaining aid to Ukraine’s government, Vindman clearly explained that ceasing federal aid could undermine American interests in containing the pro-Russian Donbass insurgency and limiting Russia’s sphere of influence in Eastern Europe.

Beyond being another example of just how far Trump’s base of supporters are willing to go to protect the president, this series of events should urge us to stop and reconsider what is an appropriate response to offensive comments in this day and age. The increasing, widespread criticism of “politically correct” discourse, especially from the alt-right, has slowly normalized what would have once been considered incredibly offensive rhetoric.

Take, for example, Trump’s comments about the parents of Humayun Khan, a Muslim-American soldier who died on active duty in 2004 and was posthumously awarded the Purple Heart and the Bronze Star. At the 2016 Democratic National Convention, he suggested that Humayun’s mother, Ghazala, was forbidden from speaking onstage and that his father, Khizr, was reading a script written by Hillary Clinton’s campaign.

This combination of condescending bigotry and stereotyping of ethnic and religious minorities seems to have become the norm in today’s politics, an impression further solidified by the muted response to comments regarding Lt. Colonel Vindman’s political allegiances.

There was justifiable outrage on the political left, as well as among a few conservative politicians such as Rep. Liz Cheney of Wyoming, yet the general response was far from adequate, especially the one coming from the White House. As a nation founded upon a multitude of cultural, ethnic, linguistic, and religious backgrounds, we should be commending the valiant actions of immigrants such as Colonel Vindman and Mr. Khan.

These brave individuals are living proof of America’s fundamental truth: that immigrants can preserve their heritage, native languages, and traditions as well as develop a love and sense of duty to the United States that are passed down to future generations.

Instead, we let hateful members of our society viciously lash out at Colonel Vindman’s ethnic background or Mr. Khan’s religion in an attempt to justify the moral decadence of a powerful few. These men, along with many other men and women, place themselves in harm’s way to defend the country they owe so much to, whether that is on the battlefield, on Capitol Hill, or in a conference room halfway across the world in Kiev. Now, it is our turn to recognize how much we owe to the patriotic immigrants who, every day, continue to fight for the country they call home.