The Hypocrisy of the GOP 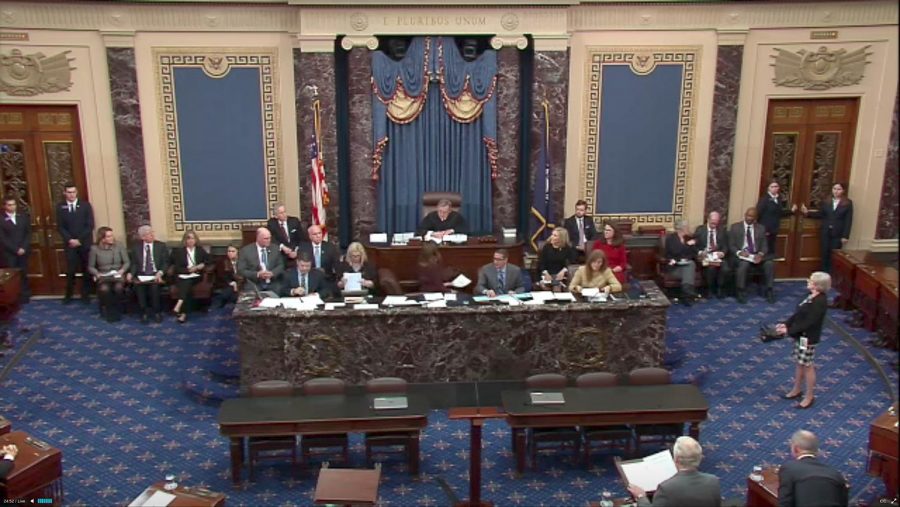 On February 5th, 2020, the U.S. Senate voted to acquit the President of the United States of the impeachment charges brought against him. This vote marks the third time in history where the Articles of Impeachment was brought to a vote on the Senate floor, and as with the previous two impeachment hearings, President Trump’s hearings ended with an acquittal.

However, his trial was an anomaly to the impeachment procedure—there were no witnesses or evidence presented.

The Senate Republicans, in an act of cowardice, have betrayed the Constitution. They not only voted to acquit a president who abused his power but also voted to block evidence at a trial. Their fear of the retribution of the President has caused them to act in a manner that undermines the basic principle of American democracy, which includes fair and safe elections, free from foreign interference on behalf of the incumbent.

The Republican Congress members struck down the motion that would allow for witnesses to testify, closing any doors to see actual proof. All but two Republican Senators—Susan Collins of Maine, and Mitt Romney of Utah—voted against the measure, which would have resulted in the deposition of former national security advisor, John Bolton, and others involved. This would have also given the Senate power to subpoena documents related to the Ukraine scandal.

Recently, a manuscript of John Bolton’s book—which contained Bolton’s personal account of the situation—was leaked. Bolton alleged that Trump informed him that until Ukraine complied with his request to investigate Hunter Biden, son of Trump’s political rival and presidential candidate, former Vice President Joe Biden, military aid-mandated by Congress would be withheld.

Whether Bolton would have affirmed these assertions under oath remains unknown. Senate Republicans ensured Bolton would never have the chance to testify.

Setting aside the question of President Trump’s guilt, this feat sets a dangerous precedent in which someone, even in the highest office of the land, can be absolved in a trial with no evidence or witnesses. This essentially allows the President’s powers to go unchecked if Congress has no chance to conduct a just hearing.

This demonstrates the hypocrisy of the GOP; although they claim to love this country, they also consistently destabilize the ingenious Constitution put forth by our Founding Fathers. In the words of Abraham Lincoln, “A house divided against itself cannot stand.”

These words remain relevant today as extreme polarization has allowed a party to weaken the document that outlines our government and the American ideals we hold dear. Although polarization has certainly occurred in both parties, according to a Pew Research Center poll, Republicans hold more animosity towards their Democratic counterparts, and as a result, their representatives hold a more polarizing position.

As a student, it is frustrating to think that the government my generation will be inheriting is weakened under the Trump administration and Republican leadership.  Harrition students who are eligible need to make sure that they vote for candidates, Republican or Democrat, who will uphold our American values. With the upcoming election, who knows what the future will hold?