The State of Our Democracy 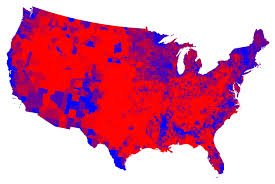 The 45th President of the United States, Donald J. Trump, recently made history as the third president to be impeached by the House of Representatives on December 18th, 2019. Since then, impeachment trials ran in the Senate with the outcome that President Trump would remain in office.

The implications of the course of the impeachment trials, as well as the general culture surrounding the upcoming Democratic primary elections and 2020 presidential election has led to a sense of increased partisanship among the public. Though this disconnect has existed for almost as long as the democratic government system has been in-place, there is a certain nuance associated with the state of partisanship in our country today.

Besides this, President Trump has been at the center of numerous other conflicts over partisan lines. In fact, Mr. Trump has divided the country so distinctly that political differences today are resulting from  “pro-Trump” or “anti-Trump” sentiments, rather than being based purely on political ideology. In fact, CNN’s exit polling after the recent New Hampshire primary reports that 8 out of 10 of the Democratic primary voters are “angry at the Trump administration,” which is relatively high compared to prior primary elections held by the non-incumbent party.

Along with this, CNN also reports that “six in 10 Democratic voters in New Hampshire prioritize a nominee who can beat Mr. Trump. Yet Democrats seem split over what qualities a candidate ought to have.” This opinion illustrates how many Democratic voters want to see someone who can beat Mr. Trump, rather than someone who possesses qualities fit for a president. This factors into the “anti-Trump” sentiment seen across the nation, and furthers the partisan divide among liberals and conservatives.

Looking at these differences, it seems the only thing Americans can agree on is that there is a divide. Though a divide has been clear since Civil War times, Mr. Trump and his administration have also deepened this gap, which has led to intense hatred between opposing party bases. This plays a major role in separating people on both a political basis, and now even on a social basis, since less people want to interact with those who share an opposing political opinion.

Polarization has led to a deeply divided nation, and we can only hope that one day our nation will be more united and representative of the democracy that we all cherish.