Top Ten Things To Look Out For This Decade 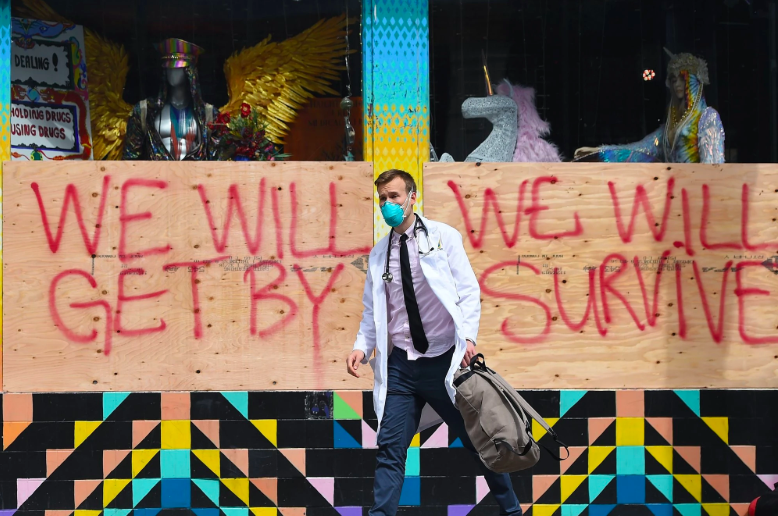 This year began with WWIII rumors a day after Times Square’s ball drop. And now, months later, we’re facing a global pandemic. This decade is off to a rocky start—there’s no doubt about it—but there’s still a lot to look forward to(and dread) in the next decade:

At the start of 2010, low waist jeans and chokers were the popular trends. Now, Air Force Ones and Brandy Melville are what everyone wears, and we also see a return of 90s fashion. Although we do not know what this decade will bring, we can expect to see a huge change in fashion and outfits.

Due to COVID-19, the stock market has collapsed, dropping 2,000 points in one day and then rising again. Although it is not a stock market crash like on Black Tuesday in 1929, we should watch for how the government reacts and tries to fix these issues in this upcoming decade.

8. An Even More Polarized Government
Partisanship is a growing issue in the U.S., and we should watch out for it in the upcoming 2020 election. Democrats and Republicans are growing even more polarized, which will become a major issue when dealing with controversial issues in the government. If one side refuses to budge, the government may not be able to agree on important policies, which will only do more damage to our country.

On a lighter topic, we should watch out for new movies. Disney continues to release a collection of live action movies, such as Mulan, whose release date has been pushed back due to COVID-19. Disney’s classic movies have taken a memorable role in my childhood, and I am excited to see them go live!

6. Global cleaning habits
One positive outcome from this pandemic is people around the world have become more aware of germs. Even after the virus dies down, we may still see new methods stick to prevent more viruses from uprising. Subways may be cleaned much more often and carrying hand sanitizer may be the new norm.

Everyday, we are a step closer to the age of artificial intelligence, so we should watch for advancements and job replacements by robots. Robots may soon be able to run operating rooms, become electricians, and drive vehicles.

In the past decade, movements like Black Lives Matter and #Me Too rose in the shadow of killings and abuse. We should expect to see more of these movements in the next decade and see minorities reclaiming their rights and fighting for more equality.

By the end of this decade, many Gen Z-ers will be able to vote and have a say in society. In contrast, there will be fewer Baby Boomers around. Because of this generational change, we will likely see more Millenials and Gen Zers in power than Baby Boomers, which may affect how we live and our we shape our government. In an increasingly diverse America, young people care about the environment, poverty, and equality.

The warming planet has become much more real and noticeable. All over the world, many people are trying to fight against climate change. At the end of the 2010s, we saw protests, such as the Youth Climate Strike, and a switch to energy alternatives, like wind and solar power. It is hoped, in the next decade, that we will see these protests lead to the downfall of big industries and the rise of renewable energy ones instead.

Since the past decade, we have gotten much closer to reaching Mars and exploring the universe. We can expect to see SpaceX and NASA continue advancing and exploring outer space. A new Rover will be sent to Mars in August, and people may be, too, by the end of this decade.