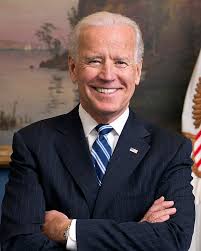 On March 4th, also known as Super Tuesday, fifteen states held elections. Of the 3,979 pledged delegates, 1,357 were awarded to the candidates in the Democratic primaries. The day ended with Joe Biden taking command of the Democratic presidential race, creating a powerful multiracial coalition in the South and the Midwest. Biden received overwhelming support from African Americans and with large margins compared to Bernie Sanders.

Just three weeks ago, after a landslide loss in Nevada, Biden was struggling and Sanders was rapidly ascending in the polls. The race has changed completely since then. Biden dominated across the Midwest and the South—thanks to black voters but also began to win over white voters in suburban and rural areas. He also won Texas, a blow to Sanders, according to NBC News. In Mississippi, Biden stomped over Sanders 87% to 10% in black support.

A contributing factor could be attributed to the fact that Sanders did not visit the Edmund Pettus Bridge in Selma. Even Alexandria Ocasio Cortez, a supporter of Sanders added, “Not going to sugarcoat it. Tonight’s a tough night.”

Even though we are months away from the general election against incumbent President Donald Trump, we can almost say for a fact that Joe Biden is going to be his opponent.

Biden is in the best position to beat Trump. Why, you might ask? In 2016, the Democrats had a moderate, Hillary Clinton run against Trump and how did that go? Actually pretty well, yes, however, she was not a good candidate on many levels. One of the main reasons is the email scandal that she encountered in 2015 and she was also not trusted by a wide majority of the people in the United States.

Senator Sanders has robust and enticing ideas, but they just will not work. Let’s start with his biggest promise: Medicare for All. Sounds great, give everyone equal access to health care regardless of their income level or their race. I do agree with that policy wholeheartedly only if we have a Democratic Senate.

If Republican Mitch McConnell is still in the Senate, none of Sanders’ ideas would be passed. And even with a Democratic Senate, there is still no guarantee it will get passed. There would be disagreements within the party and, subsequently, not enough votes for Medicare for All to pass. Moderates such as Kamala Harris, Corey Booker, Pete Buttigieg, Mike Bloomberg, Sherrod Brown, and Tim Ryan do not endorse the idea of Medicare for All. It is simply too radical.

Imagine this for a moment: Trump and Sanders—hypothetically assuming that Sanders captures the nomination on a debate stage. Sanders calls for Medicare for All as he has for years. Trump will respond and holler, “Socialism! Look at the Dems, they want to give everything away.”

And this argument will convince many people around the country, particularly independents and moderate Democrats—the votes which the democrats need to ensure in the 2020 election. I am sorry Senator Sanders, and Sanders supporters. He is too radical and too polarizing for this country right now, and for Congress.

To further prove my point, Senator Sanders is not entirely sure how he is going to pay for Medicare for All. The Urban Institute has estimated that Medicare for all would cost the federal government $34 trillion over 10 years. Sanders has said openly that we will just figure it out. This is not something you ‘just figure out.’

It does not add up. We do not know how funds—and such a huge amount—are going to be diverted to pay for this massive plan. Enough people around the country have to vote for him based on hope and promises which I, frankly, do not see happening. Sanders’ policies cannot work in America’s current political climate.

Skeptical voters will look at this policy and see a red flag in the Sanders campaign for president. Maybe down the road when we have a Democratic Senate, it will be possible. But for now, we have to rally together, regardless of our political beliefs, and defeat Donald J. Trump.