Why Students Must Protest 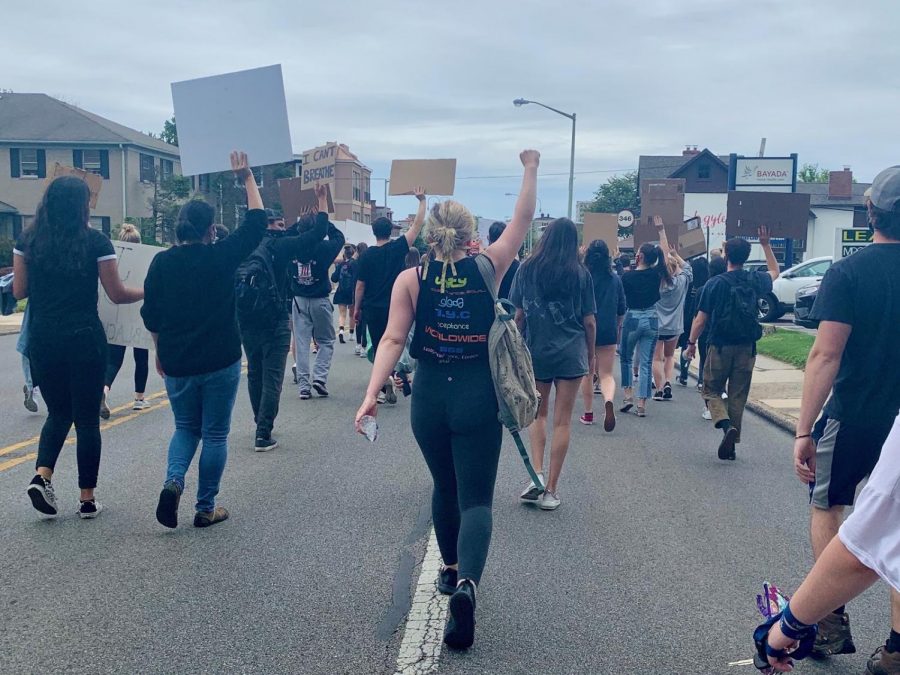 In the Harriton community, where only the faculty and a fraction of students can vote, it is imperative that we voice our demands through protest. Whether we challenge the school administration or the federal government, it is essential that we know how to utilize “the right to peaceably assemble,” as promised in the First Amendment.

Protesting is the only language that the people in power understand and even then, many protesters’ cries for change go unnoticed. In the current 116th Congress, the average age is 57.6 years for U.S. Representatives and 62.9 years for U.S. Senators. Our age group is largely unrepresented, so we cannot possibly depend on the government, dominated by Boomers and Gen-Xers, to advocate for the issues we care about. As one of many who will not be eighteen by the 2020 Election, I have turned to sharpies, cardboard signs, and sneakers to assert my opinions, and you should too.

The impact of demonstrations is two-fold. They reflect a changing political climate, where grievances are materialized into signs, which are then turned into newspaper headlines. The 2019 Global Climate Strikes, spearheaded by student activist Greta Thunberg, perfectly represent the evolving public opinion about the worsening climate crisis. In recent years, green policies and alternative energy sources have remained popular among the majority of U.S. adults, and the climate strikes mirrored those changing attitudes.

Additionally, protests are an excellent introduction to political engagement for youth. A 2013 study from Harvard and Stockholm University studied the 2009 Tax Day protests, organized by the Tea Party, a right-leaning group opposed to government spending and tax increases. The study found that each additional attendee to the rally led to 7 to 14 additional votes for the Republican candidate the following election. Not only are protests increasing voter turnout, protesters were actively discussing with and educating their familiars.

Admittedly, protesting has been co-opted by pop culture. Celebrities and corporations spar to prove their ‘wokeness’ by posting their support for issues such as Black Lives Matter, often accompanied by empty promises. It is important that we do not fall into the trap of performative activism and seek activism as a trend. The point of protest is not to seek approval, but quite the opposite: discomfort. If you genuinely fear for the social consequences for yourself or others, you are participating in real, effective protest.

Because protesters are slotted into this underdog position, demonstrating can be tiring and sometimes unsuccessful. However, the Black Lives Matter protests have proven that protesting works. Minnepolis, where George Floyd was murdered, has decided to dismantle its police department. The U.S. Navy has decided to ban the display of the Confederate flag on all bases, ships, submarines, and aircrafts. Statues have been torn down, and bills have been speedily proposed.

We cannot idly wait for the next election cycle and expect the solutions that our country needs. We cannot depend on our leaders to do what we expect them to do. Luckily, protesting is not a talent nor a skill that needs refining. It is completely, wholly a choice, a decision to resist the status quo. As student activists, we have to be empowered enough to make that choice for ourselves. The world depends on it.