America, Don’t Give Up Now 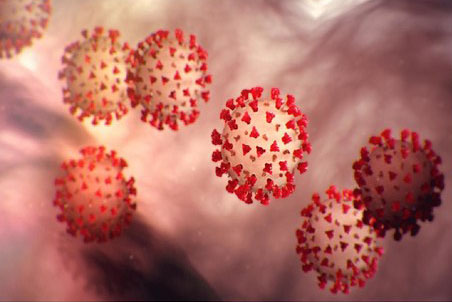 In March of 2020, the country shut down. And Americans everywhere promised themselves: this is it. They hunkered down and hoped and prayed that things would improve. As the spring and summer progressed and cases lowered, they even allowed themselves to feel hopeful that maybe, just maybe, the worst was over.

And yet, here we are in November, eight months later and hardly any better off than where we started. Cases are on the rise (again) in nearly every state, numbers are surpassing even the highest levels from early spring, and hospitals are once again overcrowded with patients.

There are plenty of reasons why COVID is once again spreading throughout the country at a rapid pace. We could place the blame on the cold weather, the upcoming holidays, poor leadership, or the fact that even during the summer and early fall when restrictions loosened, tens of thousands of new cases were still being diagnosed each day. We could place the blame for our current situation on any number of factors, and chances are, they would all be true.

But in reality, those issues are just part of a bigger problem: that Americans are giving up.

Frankly, it isn’t a surprise. People are tired. It makes sense- we have all suffered through eight months of pain and fear and loneliness and instability and stress.

But to give up won’t solve any of our problems- it will only amplify them. And it will make it so that all of our sacrifices from the past few months were for nothing.

The United States has reported 260,000 deaths from the coronavirus since March. Behind that number are the thousands and thousands of families and friends who have been personally affected by the virus, and to give up on safety at this moment would be doing them a disservice. It would be an invitation for hundreds of thousands of new deaths, of new mourners and new names to add to the lists of the lives that have already been lost.

It is easy, too easy, to separate individual people from the problem, to write off every ounce of irresponsibility as the fault of the government, especially when a great deal of that blame is certainly warranted. The Trump administration handled virus outbreaks with a notorious lack of care or effort, ignoring in many cases the words of scientists and doctors and listening to only what they wanted to hear. And countless officials, state and local, refused to issue mask mandates or stay-at-home orders, stubbornly resisting safety procedures in the name of so-called personal freedom.

Still, despite these leadership blunders, part of the problem falls on the shoulders of the American public. We cannot blame ourselves for everything, but information has been available all throughout the pandemic, and it should not have to take a mask mandate for a person to wear a face covering and do what is best for public health.

It may have been shoddy leadership that put us at such a disadvantage to start- and, in fact, it likely was. But at this point, whether we like it or not, this is a mess that we are all a part of, and it is a situation that we all must make sacrifices for.

For the countless people who have been doing the right thing since spring and who have tried as hard as they can to stay safe, it is no doubt frustrating that we are once again approaching a monumental surge in cases. But it is not the time to abandon safety or health, no matter how tired you are, or how much you feel like nothing you do helps. Because it does help: not only are you protecting yourself, but you are helping the people around you, strangers and friends and family members alike.

As for the people who have not been responsible or taken the proper precautions: it is time to do so. Changing your actions now is better than never, no matter how late it may be.

In short, for the people staying safe: do not give up. Your actions matter. And for those who aren’t: it is time to give in- not to coronavirus, but to safety.

Luckily, despite all of our issues, there is at least some hope on the horizon. In recent weeks, multiple vaccine results have been published, including those of Moderna and AstraZeneca. And studies have shown them to be effective- more so than many believed was possible given the extremely short development period.

Donald Trump, while still contesting his defeat in the recent presidential election, has finally allowed a formal transition of power to begin for president-elect Joe Biden. This gives Biden’s team the resources they need to begin planning a transition as well as making plans to get the pandemic under control. And it seems that their approach to pandemic response will be stricter- and hopefully, more effective- than the Trump administration’s response.

In spite of all of the bad, there is still hope on the horizon. But it is crucial that we not give up before we get there. Because the more we do now the faster change will happen. And maybe, if we don’t give up too soon, we’ll see the end of it before too long.