Pandemic or Not: Deforestation Is Still an Issue 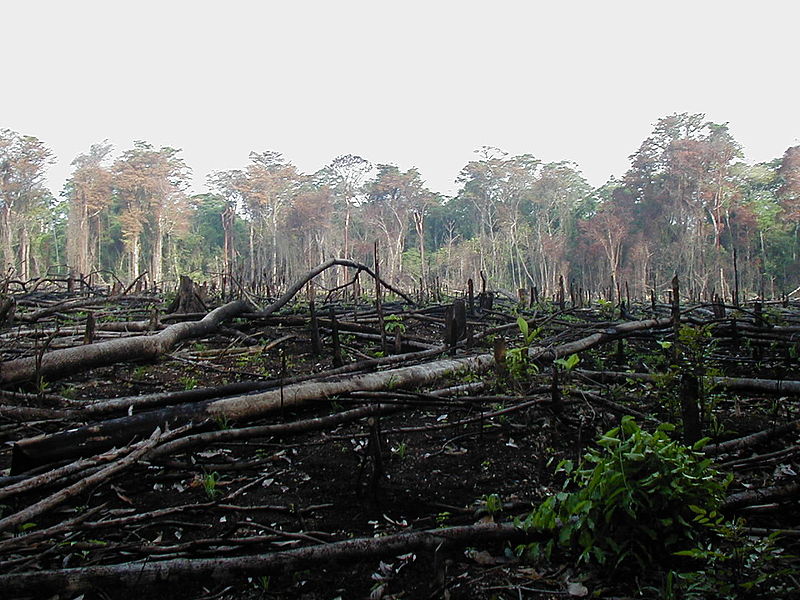 COVID-19 and the election have taken up much of the recent news, but we cannot ignore one of the most dangerous things that are happening now: the deforestation happening around the world.

Last year, massive fires and deforestation throughout the Amazon were all over the news, and many people were tracking and focusing on it. But with COVID-19, the headlines in Brazil are not talking about how 464 square miles of forest were lost from January to April, which is about 20 times the size of Manhattan, or the fact that there has not been deforestation like this since 2008.

Many illegal tree loggers are getting away with cutting down large areas of trees without being noticed. More and more loggers are cutting trees because they know that there is a very minimal risk since the world’s attention is on something else.

We cannot leave this matter alone. If we do not do something about the exponentially decreasing number of trees, then the long term effects can create a severe impact. It is important that we remember to help our environment despite all of the other craziness going on.

“I see opportunism fueling illegality as people take advantage of the fragility of the moment we’re living, politically as well as economically,” said Ane Alencar, the director of science at Ipam Amazônia. “This coronavirus crisis is turning into an environmental crisis, too.”

We cannot ignore one of the most important problems in the world, even though we have a lot going on. We cannot afford to let it get worse. Some things have to be fixed as soon as we are able to do so, which is right now.

The Amazon is not the only place that is suffering from deforestation. Right here in the US, California is suffering a record-high number of trees lost through fires. In addition, redwood trees in the state are being cut down in the dead of night because the burls in the tree trunks have a beautiful pattern that is sought after by many carpenters.

California state officials have even compared the poaching of redwood trees to the poaching of elephant tusks.  The redwood poachers do not kill the tree directly, they cut a chunk from the bottom, leaving it exposed. This spot can get infected, killing the tree and becoming a fire hazard. These actions injure the trees and the environment tremendously.

Humans are not the only thing that kills trees. There are many different natural causes, such as fires, which rage all over California, and with the climate getting warmer, fires are becoming more and more frequent. The fires release lots of carbon dioxide into the environment, which in turn worsens the effect of global warming.

Along with fires, there is a pathogen that kills oak trees, and over the past several years it has killed millions of oak and tanoak trees. The list goes on: landslides, droughts, floods, you name it. Trees, one of the most important organisms on the planet, are in constant danger. This impact is detrimental and will only get worse, it is paramount that something is done.

Australia is another country dealing with the ramifications of deforestation. Wildfires killed 27.2 million acres and over one billion animals while many more were left homeless. Even after the devastating fires, one of the states in Australia, Victoria, is still logging native trees under the government’s approval.

About five football fields of trees are cut down every day in Victoria, completely disregarding the ecocrisis that the country just went through. Australia needs to focus on recovering its ecosystems and helping the wide array of unique and endangered animals that call it home.

In a national survey, the majority of respondents said that forests should be used for “conserving plants and animals,” while only a small number of respondents emphasized the importance of “providing jobs and economic benefits from timber and wood products.”

After the survey, Premier Daniel Andrews said that logging in old-growth forests will end by 2030, and he will protect thousands of acres of forests from future logging. This is a step in the right direction.

So what can we do to help? What can we do to improve one of the most important and impactful problems in the world? There are many ways to help: you can plant trees and help the environment in any way you can. Simply buying a metal straw, or using a reusable water bottle is a great step. Just a couple of minutes of your time to buy one of these things makes a significant impact.