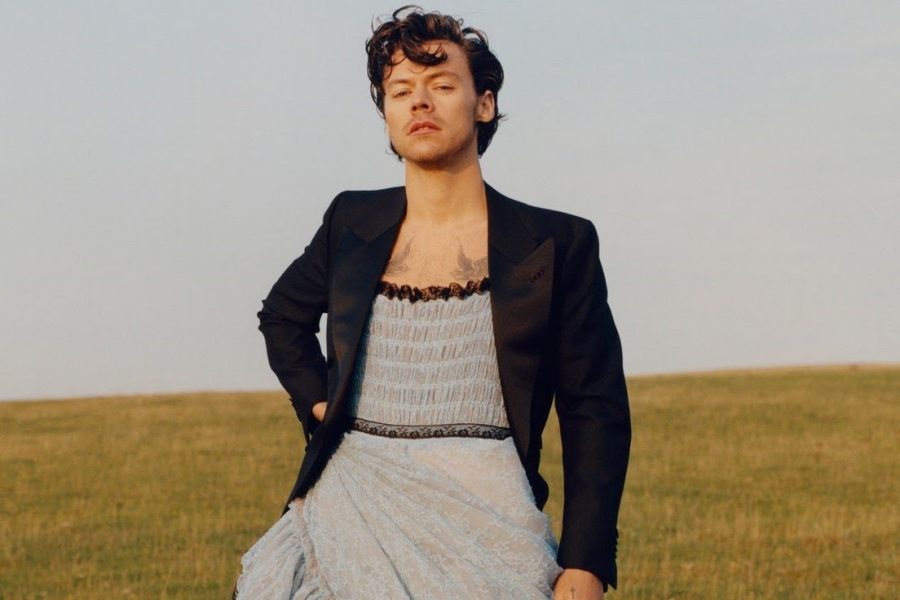 Recently, Harry Styles, the former lead singer of One Direction known for his unconventional fashion, caused a stir with his appearance on the cover of Vogue. While many complimented Harry Styles on his sense of style, some critics saw his clothes as an affront to masculinity.

On the surface, this seems to be another example of the public being confronted with trivial challenges to their preconceived notions surrounding masculinity, but on a deeper level, this small controversy reveals how feminist ideology is beneficial to men.

The idea that clothing is an indicator of strength or can invalidate one’s gender identity is absurd. Yet this ridiculous belief has real consequences for men.

Fourth-wave feminism (the most recent ideological revolution) dictates that gender identity (be it woman, man, or a queer identity) is not defined by fashion expression, and that clothing with feminine or masculine connotations is free to be worn by anyone, and it does not dictate or lessen the validity of their gender identity.

In a feminist society, men would be free to express femininity through fashion, or be more empathetic and vulnerable without the fear of being “less of a man.” In our current patriarchal society, the public punishes men for deviating in any way from so-called “masculinity.”

According to the Harvard Business review, men who show vulnerability, are polite, display empathy, express sadness, etc. are seen as less competent in the workplace. Though fashion may seem a trivial matter, there are real-world consequences to policing how men express themselves.

Those consequences are most starkly seen in suicide statistics. Men are 3.7 times more likely to commit suicide than women, according to the Centers for Disease Control and Prevention. This is possibly caused by two factors.

In the year before a suicide, 58% of women went to a mental health practitioner, in contrast only 35% of men did. In a feminist world, men wouldn’t be so scared to get help because it wouldn’t be seen as a weakness— it would be seen as human.