The Victory Day of the Pandemic Has Finally Arrived 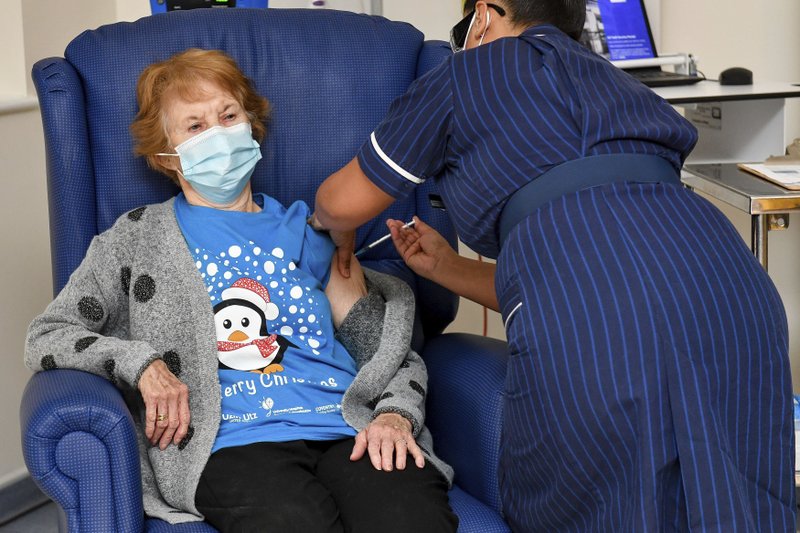 The time has finally come. After months and months of waiting there is finally a vaccine coming out, and it feels as if it has been years. The only thing that will truly end this pandemic is a vaccine created to eliminate the invisible enemy, along with following the guidelines laid out by medical professionals.

Three companies have been competing to create a proper vaccine as fast as possible that would pass clinical trials, and England was the first country to approve Pfizer’s vaccine to a 90-year-old woman named Margaret Keenen.

December 8th has become known as V-day, or Victory Day. This moment will go down in history as the start of the distribution of the Covid-19 vaccine. It is great to hear that there is finally a vaccine open to the public and that it is going to the most vulnerable people first.

However, it is ironic how one of the last countries in the world to go on lockdown, was the first country to start distributing a vaccine. The U.K. has been far from perfect throughout this pandemic, including one point in March where Boris Johnson, the prime minister of the United Kingdom, decided to blatantly ignore all of the calls to close the schools. He blamed the fact that all of the scientific evidence at the time gave no reason to disrupt the day to day routines in the U.K.

Unfortunately, at the time the U.K recorded the highest death toll in a week in 20 years. After Johnson caught the virus himself he decided that it was time to close the schools and put the country on lockdown as many other countries had done already. He had realized it too late, and it took 11 days to close all of the pubs, schools, restaurants, etc, but the cases and number of deaths continued to rise.

Now, Britain is starting to fix its mistakes. The U.K had an array of approaches to keep the citizens safe from Covid-19, but they have over 1.7 million confirmed cases. They currently have 800,000 doses after they approved Pfizer’s vaccine under emergency conditions and are going to front-line workers, then to long-term care facility workers, and residents over the age of 80.

Supplying the 64 million people of the U.K with vaccines will prove extremely difficult because the vaccine must be kept frozen at a minimum of negative 94 degrees Fahrenheit (-70ºC). Concerns have also risen due to Britain’s exit from the European Union and how that could slow the distribution of the vaccine across Europe. They plan on vaccinating Queen Elizabeth The Second, and her husband, Prince Phillip who are 94 and 99 years old publicly as an example of public safety. Optimists are hoping that they will be able to go “back to normal” by early April. It is unfortunate that this is not what many people in Britain would have predicted just weeks ago.

What is happening with vaccine distribution in the rest of the world? The United States has small preparations in every state and has begun to roll out the vaccine across the country, yet it is only predicted that 3 million Americans have been vaccinated, far from the president’s original goal.

For example, Pfizer made a deal with the president for 100 million doses, but the Trump administration has refused to accept any more which is a profoundly bad decision on their part. While the United States is only accepting 100 million doses, the European Union has made a deal with Pfizer and its German partner BioNTech for 200 million doses, which is a much smarter decision. Globally, the amount of vaccines that Pfizer and Moderna will be able to distribute by the end of the year is 22.5 million, a very small amount compared to the amount needed—although it is a start.

Even though the amount of cases is expected to rise, especially with the recent holidays, it is a breath of fresh air to hear that there has been a breakthrough and that we are starting to vaccinate. Chances are it will take a couple of years until it can reach everybody, but it is important that the most vulnerable people get it first.

“You may not always have a comfortable life and you will not always be able to solve all of the world’s problems at once,” said Michelle Obama. “But don’t ever underestimate the importance you can have because history has shown us that courage can be contagious and hope can take on a life of its own.”

It is important to have hope and stay safe, since this year has been a real rollercoaster, it is great that there is a true silver lining.