A Siege On The US Capitol 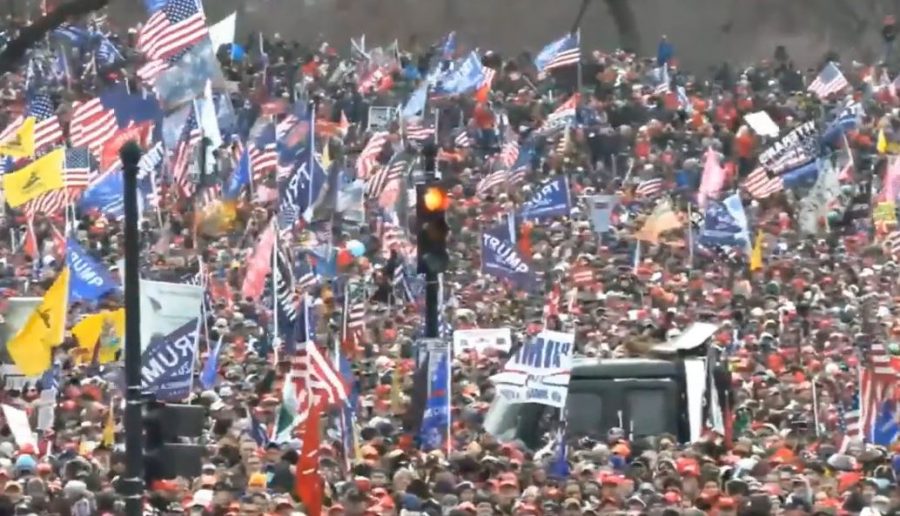 On Wednesday, January 6th, Congress met to verify Joe Biden as president-elect by counting the electoral votes. Almost immediately, Republicans decided to challenge Arizona to decertify the electoral votes. Many citizens predicted it would be a long day, but most did not prepare for the storm brewing outside.

For the past few weeks, Donald Trump has repeatedly tweeted for his supporters and those most loyal to him to go out on January 6th and protest the count after losing dozens of court cases regarding election fraud.

Thousands of his supporters showed up on Wednesday. Few Capitol police and guards were present at the start of the “Save America” rally. What happened next shocked Americans and the rest of the world.

These “protesters” started approaching the Capitol stairs and doors, some loaded with handcuffs to hold hostages, guns, and Confederate flags. As some climbed the walls, others harassed the few Capitol police around the premises. Due to lack of security, the Trump loyalists invaded the building, and Congress halted the vote count, fleeing instead to a bunker as the domestic terrorists ran through the halls of the Capitol.

While in the building, these Trump supporters replaced American flags with Trump flags and defaced Speaker Pelosi and other Congress members’ offices.

What was the cause of this lack of security? Without President Trump’s assistance, fending off the raid was nearly impossible for the secret service and Capitol police.

Trump released a controversial video asking these “very special people” to leave. Within a few hours, the Capitol police had evacuated almost all of the Trump supporters.

How did a country that was the face of democracy allow an attempted coup over an election lost? This event shocked Trump’s enemies and allies alike. Boris Johnson, Prime Minister of Britain, stated, “Disgraceful scenes in U.S. Congress. The United States stands for democracy around the world, and it is now vital that there should be a peaceful and orderly transfer of power.”

In our country, there is a reckoning on what we stand for. After viewing such a terrible attack, millions fear that this may happen again. Daryl Johnson, a former DHS senior analyst, said, “What we witnessed yesterday didn’t surprise me at all. […] This is what happens when you neglect a threat and let it grow year after year, plot after plot, attack after attack.”

Congress members on both sides made calls for Pence to invoke the 25th Amendment, which would remove Trump from the Presidency and make Pence the POTUS. On January 7th, Pence stated that he did not plan on enacting this Amendment. Still, the Democrats of the house plan on beginning the impeachment process; Senate Democratic leader Chuck Schumer said, “This President should not hold office one day longer.”

The FBI is requesting citizens to send in the identities of these terrorists and have begun federal charges. Previous Trump allies have spoken out against his actions, including Senate Majority leader Mitch McConnell and South Carolina Senator Lindsey Graham.

Now, the rest of America must grapple with the truth: some people in this nation tried to destroy democracy for a man who refused to accept his election loss.