Eugenics, Elitism, Excess: The Downfall of the SATs 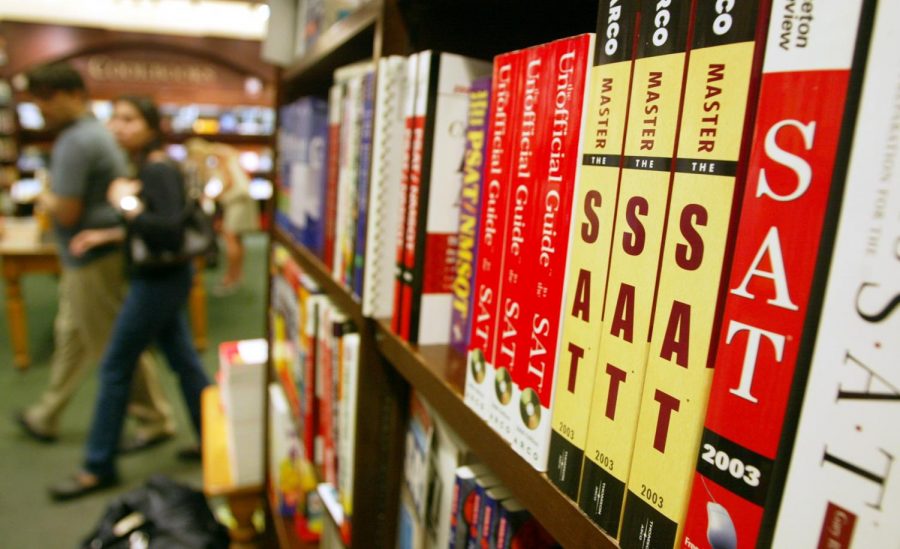 While the Scholastic Aptitude Test (SAT) is widely reviled for being difficult, grueling, and seemingly built to trick you, the somewhat eugenic roots and moneyed present are perhaps less known. Since its invention, the SAT has gone through many iterations. From its beginning as a military IQ test to its reinvention as supposed definitive proof of Nordic superiority, to its modern incarnation as the bane of high schoolers and fair trust laws everywhere, it is a billion dollar industry funded by millions of students each year; a literal behemoth, arguably a monopoly. Yet, it is looking more and more like this empire is crumbling under its rotten roots as colleges across the country stop requiring the test. In our inaugural article as Opinion editors, we have decided to investigate the unchallenged king of the college admissions tournament and its (hopeful) dethroning.

To make a truly informed decision on whether the SAT should or shouldn’t be required, we must start at its beginnings. In 1917, the Army Alpha test, a precursor to the SAT, was born due to a demand for a structured method of assessing the intellectual ability of potential new military recruits. Said to measure “verbal ability, numerical ability, ability to follow directions, and knowledge of information”, its scores were used to determine “a soldier’s capability of serving, his job classification, and his potential for a leadership position.” In 1926, following an audience with the College Board, Princeton alumnus, Carl Brigham, morphed the Army Alpha into the subject of every student’s worst nightmares: the modern-day SAT. Overshadowing Brigham’s prestigious education, however, were his extremist beliefs; Brigham was a sworn eugenicist who, according to The Atlantic, “created the test to uphold a racial caste system.” In his book, A Study of American Intelligence, Brigham expands on the concept of using standardized testing to prove and uphold racial purity. He wrote that the tests would prove the racial superiority of white Americans, and furthermore hoped that they would prevent “the continued propagation of defective strains in the present population,” namely, the “infiltration of white blood into the Negro.” The eugenic early incarnation of the test is just one of the many reasons that more and more institutions across the country have begun to discard its usage in their admissions process.

Much has changed about the infamous test since it was first administered in 1926. Nowadays, taking the SAT isn’t as simple as enrolling and showing up on test day. Many students study extensively for months before their test with study plans including materials such as preparatory courses, textbooks, online programs, seminars, and tutoring. The problem, besides the excessive workload, is that the most effective resources are also the most expensive, which leads to significant discrepancies between the scores of students from wealthy families and low-income families. In affluent areas such as the Main Line, splurging on these expensive preparatory programs before test day is practically synonymous with taking the SAT itself. Andy Lockwood, a college consultant, says that in these communities, as many as “three-quarters of high school students are getting extra help to prepare for college admissions tests”, and “wealthy parents are dropping upwards of $10,000 on SAT prep.” This elitist industry of private tutors and extensive preparatory courses has led many to the conclusion that the SAT is perhaps less a measure of ability and more a measure of wealth, a view that is certainly supported by the exam’s score distribution. A study conducted by Forbes found that “students with family income of $100,000 or more are more than twice as likely as students with family income under $50,000 to have combined SAT test scores of 1400 to 1600.” With so many effective resources exclusively available to the wealthy, the legitimacy of the SAT as a measure of intelligence is called into question, and alongside that, its place in the world of college admissions.

$1 billion in annual revenue. $400 million invested with hedge funds and private equity. $2 million a year paid to its CEO. This is College Board’s monopoly, fuelled by its main product: the SAT. The College Board’s current leader, David Coleman, has declared war on his competitor: the American College Testing (ACT). He cut the price of statewide contracts (in the process stealing three such contracts from the ACT) and then ran a PR campaign to change the College Board’s elitist image. PSATs can now be taken as early as 8th grade in an attempt to entrap even more students in College Boards tentacles. Perhaps even more insidious than College Boards’ monopolistic tendencies is how it steals, then sells, your personal information. Your data is “licensed” to colleges, universities, and military recruitment programs for $0.47 apiece. This sale is then used to send you targeted ads. Though College Board likes to remind us that it’s a not-for-profit, let’s call it what it is: a business and a corrupt one at that.

Due to the SAT’s eugenic start, elitist preparatory industry, and current greedy practices, we can only recommend scrapping it. While perhaps there is a better, baggage-free, standardized test out there, the best course of action for colleges would be to let GPAs take the place of SATs. After all, GPA scores are better than SAT scores at predicting student success in college; and significantly cheaper to procure. So often in the education system, we have let less fortunate children fall through the cracks. Frequently, we have allowed the wealthy to tip the scales in their kid’s favor. Too many times we have prioritized calculating a student’s knowledge over the student themself. Eliminating the SATs won’t fix these issues, but it’s a start.