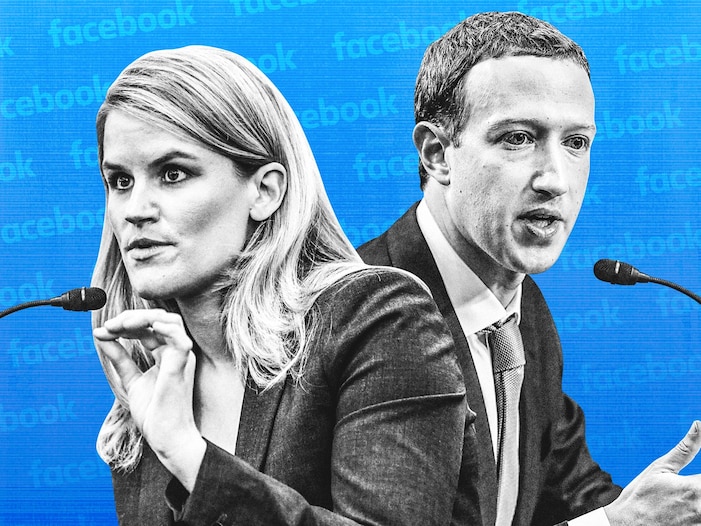 It is no surprise that big social media platforms, like Facebook, contain flaws that managers use every bit of their power to hide. However, there is a difference between small defects and large immoral secrets. One of Facebook’s former data scientists, Frances Haugen, argues just that in the famous “Facebook Whistleblower” case that has taken over the media in the past month.

Haugen’s prior experience with other technology related networks, such as Google and Pinterest, along with a personal motive to solve some of the online community’s most vicious conspiracies, was what drove her into working at the company to begin with. While working on the app’s Civic Integrity Team, Haugen discovered something that would shake the news industry. A CBS article written by Scott Pelley describes the whole situation perfectly, sharing that “when an anonymous former employee filed complaints with federal law enforcement…The complaints say Facebook’s own research shows that it amplifies hate, misinformation and political unrest—but the company hides what it knows.”

Haugen has been one of the most prominent ex-employees willing to speak out about the immoral practices taking place within this seemingly innocent platform. On an issue that would have been overlooked by others, she instead took action, rightfully hoping for a change in Facebook’s course for the better. Time Magazine’s Chad De Guzman wrote about Haugen’s specific examples of illegal secrecy from the public, describing that “[a]mong the allegations she leveled at Facebook was that the company bears responsibility for the Jan. 6 U.S. Capitol riot, because it reversed some of its safeguards against misinformation after the 2020 election.” The January 6th incident could have been avoided, yet Facebook sacrificed morals for money when it let the public be exposed to misinformation.

The worst aspect of this situation is that the January 6th insurrection is not the only incident in which Facebook has been responsible. Haugen also argues that Facebook is at fault for the harmful mental health effects that teenagers have experienced around the world. Huagen notes that Instagram, a social media platform Facebook acquitted in 2012, has been a toxic environment for teenagers as it reinforces anxiety, stress, low self-esteem, and body image issues. She argues that this is a direct result of Facebook’s disregard to these toxic traits shared on the platform. According to Laurel Wamsley, writer at NPR, Haugen stated that “Facebook knows things like engagement-based ranking on Instagram can lead children from very innocuous topics, like healthy recipes, to anorexia-promoting content over a very short period of time.” Knowing that this is what Facebook has been trying to hide, it is time that the company be held accountable for its actions.

Haugen has done a righteous act by bringing to light all of the unethical problems that Facebook has tried to keep quiet. This case has also shown the public, including all of us, that we should be critical of the information we see online because Facebook won’t block the lies for us.