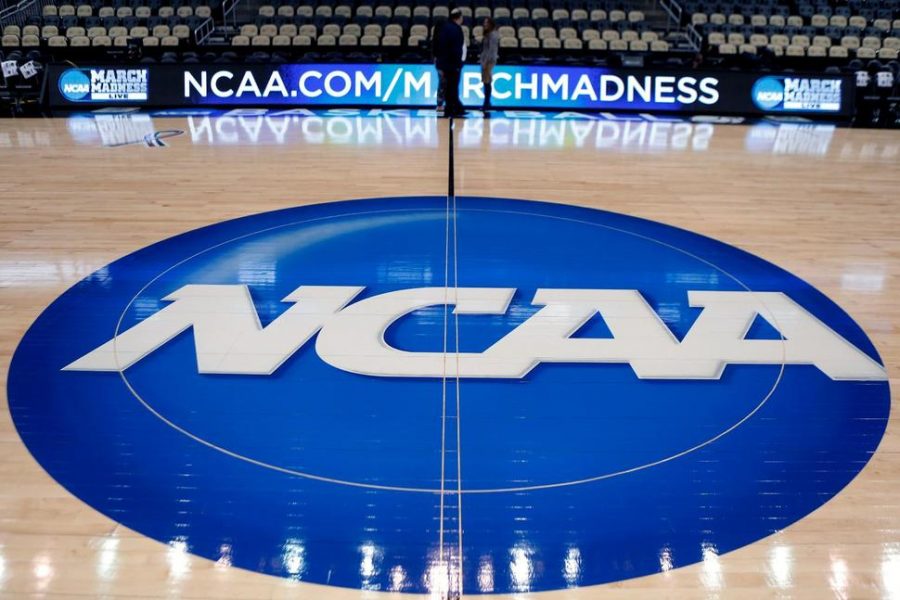 This year has been defined by interruption. At the beginning of quarantine, right as March Madness was about to take off, the sports world came to a screeching halt after the tournament was canceled. We hope that this year is not a repeat.

COVID-19 is still lurking—if not spiking—and the NCAA will have to get creative to ensure that this season can happen. To keep the players and coaches safe, conferences and tournaments are looking at forming “bubbles,” similar to what the NBA did in the summer to hold playoffs. While this may be costly, this “bubble” environment may be the only way that basketball, a “high risk” indoor sport, can be played at the college level.

Another year, another top spot in the preseason rankings for John Calipari and the Kentucky men’s team. You’d think that after losing their top six scorers, Kentucky would have an off-year, but they can’t be counted out just yet. The Wildcats have the best recruiting class this year, made up of BJ Boston, Terrence Clark, Isaiah Jackson, Devin Askew, Lance Ware, and Cam’Ron Fletcher. With loads of talent like this, Calipari looks like he’s prepared to finish in the top ten yet again.

Per usual, Duke is one of, if not the, most talented team in the nation, with four incoming five-star recruits. The only downside is that their talent consists of young players with barely any college basketball experience. Vernon Carey and Cassius Stanley, two of the Devils’ best players, left after only one year. Duke has often seen players go “one and done”, but these departures came on the heels of a disappointing season. The current roster’s lack of experience will call their reliability late in the game into question. Fortunately, Coach K, one of the greatest college basketball coaches of all time, will be there to steer his team in the right direction.

Coached by legendary Tom Izzo, Michigan State is a powerhouse each and every year. Although most years they are ranked even higher, we ranked them at 8 based on the fact that they are losing some superb talents. While arguably their two best players, Cassius Winston and Xavier Tillman, have left for the draft, Rocket Watts and Aaron Henry will take on larger roles. Not only does Michigan State have upperclassmen leaders, but they also have young talent coming in, including Mady Sissoko. Sissoko, a center at only 6’9, will fill the void left by the departure of star center Xavier Tillman. Don’t let Sissoko’s “short” stature fool you, as he is one of the best rim protectors in the 2020 recruiting class.

Devon Dotson, the leading scorer for the Jayhawks last season, and Izodoku Azubuike, their defensive anchor big man, both declared for the NBA draft. While these are two big losses to the team, the Jayhawks still have their remaining core from the 2020 season, consisting of Marcus Garett, the reigning Naismith Defensive Player of the Year, five-star guard Bryce Thompson, and a good mix of experienced players and young talent. Thompson is expected to take the place of Dotson with his great ability to score. After finishing first in KenPom last season, Bill Self’s team is certain to be a Big 12 contender yet again.

Tony Bennett’s squad is ready to get back to being serious contenders. Mamadi Diakite and Braxton Key are two important players, but losing them isn’t the end to this team’s hopes. With the return of their starting PG Kihei Clark and the addition of Sam Hauser from Marquette, the Cavaliers are projected to win the ACC and could easily be a top seed in the tournament. Hauser was placed on the preseason All-America third team, showing that the expectations are high for him and also his team. Bennett knows how to win defensively and Virginia could also have one of their strongest offenses in years.

Iowa, for the first time in a while, is expected to be a top 10 team. We put them at 5 based on the fact that they have several returning players who brought success to the team last year. Luka Garza, a finalist for last year’s Wooden Award, decided to stay in school. Being one of the best centers in basketball, Garza was Iowa’s leading scorer and rebounder. His physicality is unmatched and he will continue to be productive for the Hawkeyes this coming season. Jordan Bohannon, Joe Wieskamp, and CJ Frederick are also returning players with lights out shooting ability. The Hawkeye’s look like they’ll be firing on all cylinders of the game and promise to be a team to watch.

Illinois’ two best players and top NBA prospects, Ayo Dosunmo and Kofi Cockburn, decided to opt-out of the draft and return to school. Both players are projected to be finalists for the Wooden Award and are shaping up to be the best duo in all of college hoops. The Fighting Illini look like they’ll finally be hearing their name on Selection Sunday after a long eight-year drought.

Collin Gillespie and Jeramiah Robinson-Earl are going to be the leaders for the Wildcats this year. Both players are projected All-Big East First Team and All-America Second Team, showing that the media has high expectations for this duo. Although Nova is losing Saddiq Bey, a projected lottery pick and last year’s top scorer on the team, they luckily have their five-star guard, Bryan Antoine, who has the ability to step up and play a bigger role in this year’s team. Except for Bey, Jay Wright will be coaching a very similar roster as last year, and being that Villanova ended 10th in AP rankings before the pandemic, it seems like they have a chance at getting their third championship in just five years.

Finishing third in KenPom, Baylor needs to be in everyone’s top three rankings coming into the 2021 season. Their losses are Freddie Gillespie, their starting big, and Devonte Bandoo, their best (percentage-wise) three-point shooter, but coach Scott Drew has a projected All-America First Team player returning in Jared Butler. After Butler’s explosive play from last year, this Baylor team is one to fear. Drew also brought back all of his top three scorers (including Butler) and a candidate for the 2020 Naismith Defensive Player of the Year, Mark Vital. The Bears are favorites in the Big 12 and are not a team you would want to see in March.

Coming off a very strong season, the Zags are set to dominate the West Coast Conference yet again and stay at the top of college basketball. Although Mark Few will be losing four key contributors, most notably Filip Petrusev (who averaged 17.5 points per game), he will have a solid recruiting class headlined by five-star Jalen Suggs. Suggs is a 6’5” point guard who can score from all three levels and has huge potential as a defender. They will also be led by important returners such as Corey Kispert, a preseason All-America First Teamer, Joel Ayayi, and Drew Timme. Gonzaga definitely has enough talent to win the 2021 NCAA Tournament.