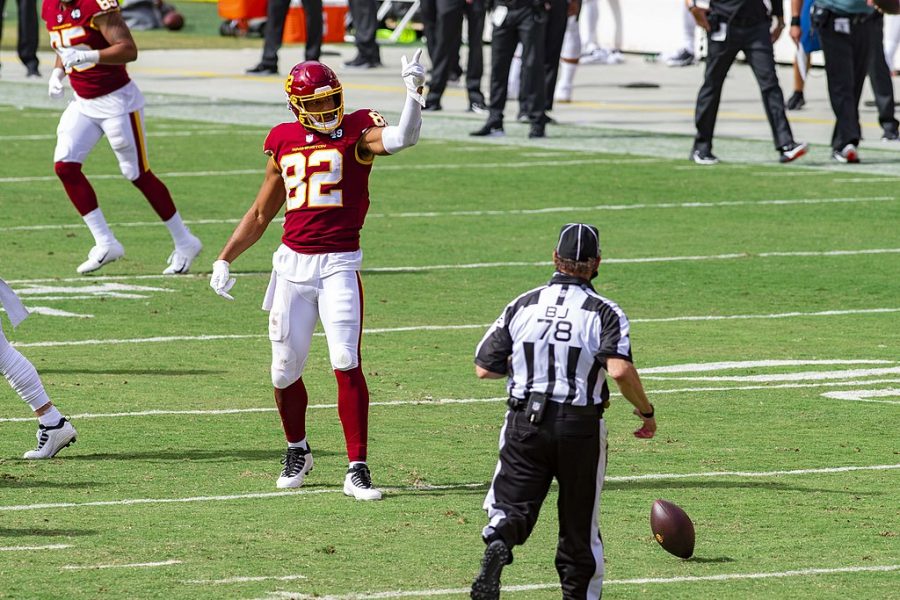 Players in the NFL have been hit hard with injuries this season. With more than 15 players out for the season due to devastating injuries, almost all 32 teams are at disadvantage. Familiar favorites such as Saqoun Barkley or Odell Beckham Jr. will be missing from the television screen until next season. From ACL tears to high ankle sprains, the already chaotic NFL season has taken a turn for the worst.

Injury has always been a part of the game. Football, a high contact sport, has sent players to the bench thousands of times before, but this season especially has majorly impacted athletes. The most common injuries seen in the NFL are knee, ankle and shoulder injuries. These injuries tend to occur because of a strong tackle or blow on the field and can lead to missing multiple games.

Another common injury seen on the field is a concussion. A jarring hit to the head, even with the helmet, can send a player to the Injury Reserve list (IR) for many weeks.

With more than 15 season-ending injuries in just the first half of the season, a whole starting lineup could be made.

The Spun, a sports media page, observed, “So much so, a full team of elite offensive players who’ve suffered injuries this year could be assembled.”

This team includes Dak Presscott, Dallas’s star quarterback, who suffered a gruesome leg injury in week six. The young running back, Saquon Barkley, who endured an ACL tear, is the highlighted running back on the list.

While the number of season injuries was higher than the average year, the number of players on the IR list is also quite high. Notable players such as star running back Christian McCaffrey and wide receiver Micheal Thomas have been sitting on the bench recovering from sustained injuries early in the season.

The countless teams that have been affected by these tragic injuries face a much harder season than anticipated. The loss of a player can harm the morale and mantra of the team, setting them up for the opposite of success. Teams had to learn to use different weapons on the field and reorganize their teams.

While relying on practice squad players or rookies did not play out perfectly for all teams, many players gained a chance in the spotlight. When almost all of Carson Wentz’s deep wide receiver weapons were out due to injury, the 6 foot 2, 216 pound wide receiver by the name of Travis Fulgham stepped to the plate. By proving himself as a reliable and efficient player, Fulgham has started the past 6 games for the Philadelphia Eagles.

Why this surging amount of injuries this year? While that is still unknown, sports and medical professionals have developed several theories. According to orthopedic surgeon and sports medicine specialist Dr. Lyle Cain, the reason for the sudden burst in soft tissue injuries specifically is due to the unusual offseason. Due to the Coronavirus pandemic, many teams were not able to practice, leaving their tissue and bones more susceptible to injury when football resumed.

As seen with the abnormal amount of injuries that NFL players have endured so far this season, it is clear that 2020 carried its reign of terror into the sports world.