‘Monsters, Inc’ Back for a 3-D Refresher 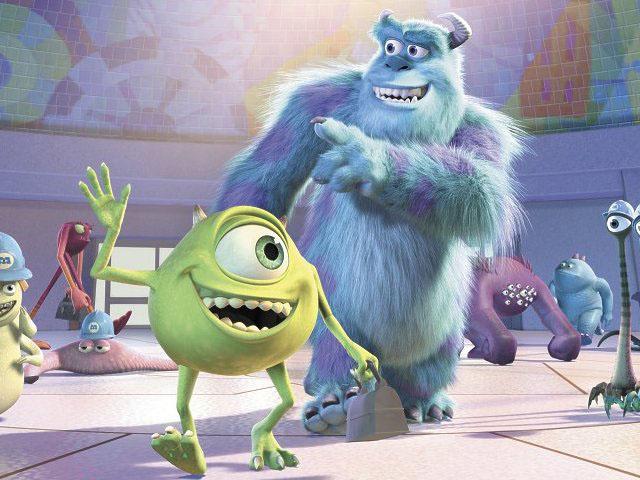 Disney-Pixar realized they’d hit on a can’t-miss formula for animated blockbusters about the time “Monsters, Inc.” came out in 2001.

Find some fantastical corner of pop culture you can peek in on — after hours. From the lives of toys when the kids aren’t around to where scary monsters go when they’re not hiding in kids’ closets or the private lives of clownfish, comic book superheroes or video game characters (Disney’s new “Wreck-It Ralph”), these familiar but imaginary worlds have proven to be fertile ground for animation.

Whatever chances they take with the riskier “Up,” “Brave,” “Cars” or “Ratatouille,” taking children inside a world they have only imagined has been box office gold.

“Monsters, Inc.” may have lost the best animated film Oscar to “Shrek.” But ask any parent which film is aging better, and which DVD their children wear out, and the real winner emerges. Reason enough for a prequel, “Monsters, University,” to go into production. It comes out next June.

And that’s a good excuse for converting the computer-animated “Monsters, Inc.” to 3-D for a special holiday release.

Whatever his other accomplishments (he’s in theaters Christmas Day with “Parental Guidance”), generations of kids know Billy Crystal only for the comic stylings of Mike Wazowski, the one-eyed working stiff (monster) he plays in “Monsters, Inc.”

The perfect comic foil to Sulley (John Goodman), beau of the long-suffering and equally one-eyed Celia (Jennifer Tilly), nemesis of the slithery Randall (Steve Buscemi), Mike is the guy who keeps his pal Sulley in tip top scaring shape — ordering up the closet doors that the monsters go through to frighten children, whose screams are bottled and converted to the energy that keeps the monsters’ world, and Monsters, Inc., going.

Until that fateful day that a teeny tot nicknamed “Boo” isn’t scared, and follows them back through the door. Kids, out of their element, scare the dickens out of monsters. Call out the haz-mat team and bar the door — all the closet doors, stored in a vast kids’ closet-door repository — until Boo is rounded up and order is restored to the universe.

That ingenious set-up is detailed to a staggering degree, from the décor each child has on his or her closet door, to the vast variations of monsters on the job on the Monsters, Inc., “scare floor” — blobs and yeti and giant spiders and all manner of lizards, snakes and goblins.

The jokes benefit from perfect timing and the best running sight gag ever — big, hairy monsters, all scared to death by a burbling, giggling, “KITTY” shrieking tyke (voiced by Mary Gibbs).

This didn’t need 3-D to work. And the big question, on seeing it anew, is “How WILL they top this by taking us back to see these guys in college?”

But anytime Disney and/ or Pixar goes astray in an animated way, they have only to look back at this, one of their best, to remember that magical recipe that works as well now as it did then.