Why You Should Put Down Your Phone 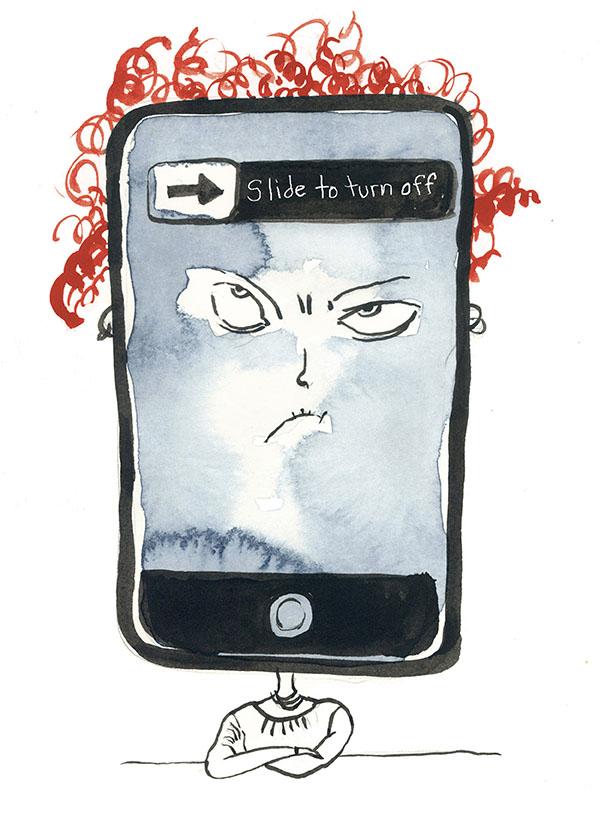 It turns out that science backs up the nagging of many parents and teachers: Today’s teens need to spend less time with their devices.

Teens spend a lot of time with their phones. A study by Common Sense Media found that 78% of teens check their phones at least once an hour, and 72% said they needed to immediately respond to notifications.

One major problem with cell phones is the light it emits, called blue light. Artificial blue light can cause short-term problems like eye strain, as well as long-term issues like cataracts.

The problems caused by blue light are not limited to eye damage. Blue light also affects your body’s production of melatonin, the hormone that helps you fall asleep. The body is on a natural clock that runs on an approximately twenty-four hour cycle. This clock is disturbed by blue light, which makes your body think the day extends into the night. Sleep levels decrease when the body’s clock is disturbed.

There are ways to limit the blue light your device emits. On iPhones, go to Settings > Display & Brightness > Night Shift. This option makes your phone light more orange than blue. For Androids, the free app Twilight will automatically filter your phone’s blue light after sunset. Another option is blue light sunglasses. (Surprisingly, they’re not that strange looking. Find them on Amazon.)

Cell phones can also have a negative effect on posture. Physiotherapist Steve August discussed the issue with the New York Times: “He says he saw plenty of ‘dowagers’ humps, where the upper back had frozen into a forward curve, in grandmothers and great-grandmothers. Now he says he’s seeing the same stoop in teenagers.” If today’s teens have posture issues, what will they be like in old age?

In addition, mood can be negatively affected by cell phone use. Several studies have shown that heavy cell phone use is linked to feelings of depression in adolescents. One study also suggested that frequent cell phone use causes feelings of irritability. In short, your phone does not usually contribute to positive emotions.

Whether or not cell phones cause cancer is highly debated. Many studies have been performed, but conclusive evidence has yet to be found. A large study that hopes to answer the question began in 2010, called COSMOS. It won’t be completed for another two decades though, so we’ll have to wait awhile for answers.

For the sake of your physical and mental health, it might be a good idea to spend some time away from your cell phone.