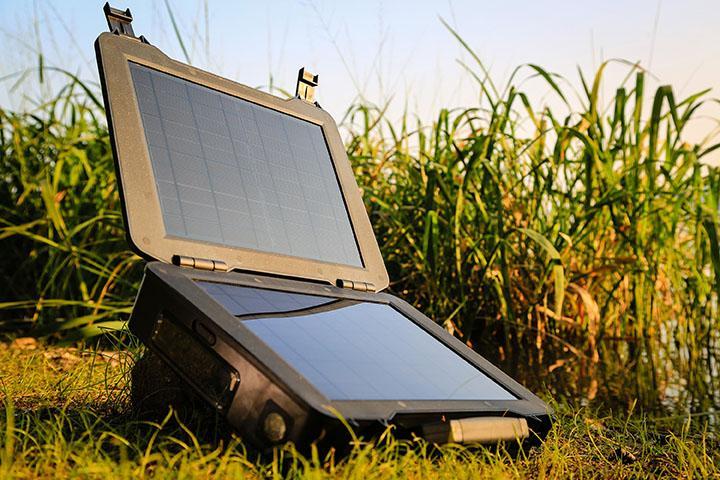 Renogy, a leading expert in renewable, non-traditional energy, unveils the Phoenix, a personal solar energy solution that transforms the power of the sun into easy-to-use dependable energy. The Phoenix is designed for mobile, off-grid applications and is ideal for emergencies. (Handout/TNS)

The warm temperatures this past month have reminded us that global warming – which is largely attributed to the burning of fossil fuels – is taking its toll on Earth’s climate. Therefore, it’s important to learn about the ways energy can be harnessed without burning fossil fuels.

Geothermal
Geothermal energy comes from capturing the heat energy produced by magma beneath Earth’s crust. California harnesses eighty percent of the geothermal energy used in the U.S, Our local Bala Cynwyd Library contributes to the other twenty percent. The library’s 2012 renovation installed a geothermal system for its heating and cooling.

Solar Energy
Solar panels capture energy from the sun’s rays. Photons from the sun cause electrons in the panels to move through a circuit that produces powers. Often solar panel systems have a battery that stores solar energy for use when the sun’s rays are not available (during the night, for instance). Solar panels are becoming more affordable because of their growing popularity and the federal tax benefits harnessing solar energy provides.

Wind Energy
Wind is actually a form of solar energy since wind is caused by heat from the sun. However, wind is harnessed differently than from the the sun’s rays. Wind turbines are often used to capture wind. They work like inverse fans – instead of an electrical current powering moving blades, moving blades power an electrical current. Like solar panels, wind turbine systems often have a battery that can store the generated energy for later use.

Biomass
Biomass is the burning of plants for energy. While fossil fuels are also technically plants (crushed over many millions of years into oil or coal), biomass plants take in about the same amount of carbon dioxide while growing that they release while burning. However, fossil fuels grew millions of years ago and do not remove any carbon dioxide from the atmosphere. Examples of biomass include wood and biofuel.

Despite the many different sources of renewable energy, only 10% of energy consumed in the U.S in 2015 was renewable. With so many promising advancements, we can hope that renewable energy will become more mainstream in the near future.