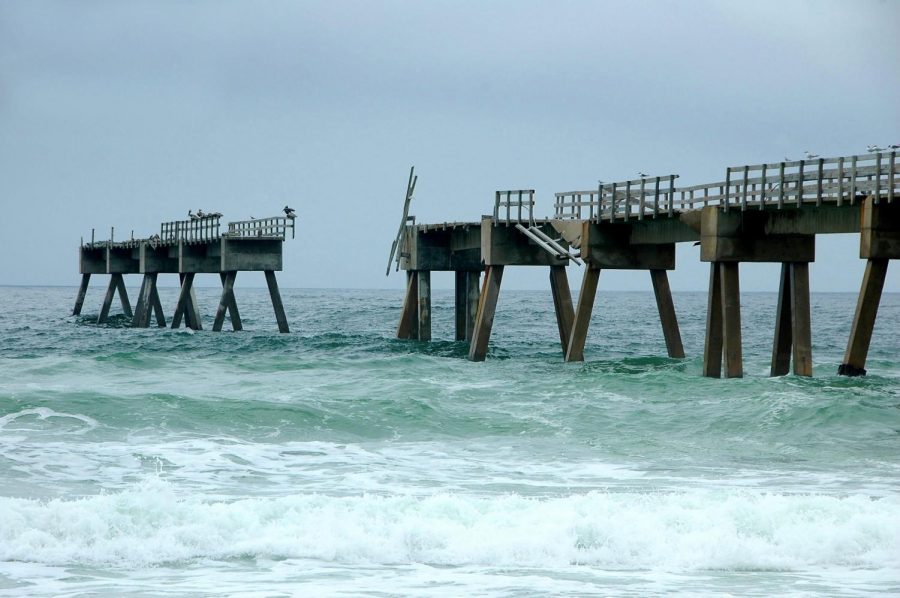 Over the past few months, the hurricane season has caused countless tragedies and destruction. It was also the first time in seven years that three hurricanes were brewing in the Atlantic Ocean at the same time, with Hurricanes Irma, Katia, and Jose all appearing in the same satellite image.

There is no doubt that this hurricane season has been noticeably harsh, but the real question is why. There are various theories, but one, supported by abundant research, stands out: global warming.

In a study conducted by the Geophysical Fluid Dynamics Laboratory, a subdivision of the National Oceanic and Atmospheric Association (NOAA), it is predicted that there will be a dramatic increase in Category 4 and 5 hurricanes around the world as global warming advances.

NOAA has recorded an increase in hurricane frequency from 1966 to 2013. The average number of tropical storms between 1966 and 2009 was eleven, with only six becoming full-fledged hurricanes. Recently, between 2000 to 2013, the average has increased to sixteen tropical storms, with eight becoming hurricanes!

Global warming comes into play when we consider what is causing these increasesーwarmer sea surface temperatures. The extreme winds and monsoon-like downpour that hurricanes bring are fueled by the heat of the Atlantic Ocean.

Warm sea surface temperatures provide the ideal environment for thunderstorms to mature into hurricanes because of all the heat energy captured in water molecules. These hot water molecules evaporate and form thunderstorms, but since the water started off warmer, the ocean can fuel an even larger thunderstorm.

Not only do warm sea surface temperatures fuel the development of hurricanes, but they also bolster them. When a hurricane migrates from its origin, it gets a new area of ocean to leach heat energy from. The warmer the new area is, the more energy the hurricane gains from the evaporation of water, and the stronger the hurricane becomes.

This is also the reason why hurricanes often falter when they reach landfall; there’s no more ocean to fuel their fury.

Heat energy from the warm ocean eventually creates temperature gradients, which are the mothers of wind. Warm air is less dense than cold air, so it rises, and the cold air rushes to fill the space the warm air has created. When the temperature gradients are extreme, like in hurricanes, gales strong enough to knock down trees can be observed.

You don’t need to look much further than Hurricane Maria’s impact on Puerto Rico to see what warmer ocean temperatures have done. This is also why hurricane season is at the beginning of autumn when the summer has cooked the ocean to its highest temperature of the year.

Not only do warm oceans cause stronger winds, but they also contribute to heavy precipitation. All the evaporated water from the warmed ocean needs to end up somewhere. Unfortunately, the water becomes rainfall and can cause lethal flash floods, which Houston experienced this year.

NOAA predicts rainfall will increase by ten to fifteen percent by the end of the century – an alarming predicament for subsequent generations.

Besides warmer sea temperatures, there is another important role that global warming plays in hurricanes. Rising sea levels have ravaged Bangladesh and will contribute to calamitous storm surge when future hurricanes hit us.

Storm surge has already proven fatal to coastal areas hit hard this year by Hurricane Irma. The Intergovernmental Panel on Climate Change anticipates a one- to four- foot increase in sea levels within the next century. According to NASA, sea levels have already risen 3.4 inches since 1993, and they show no sign of stopping.