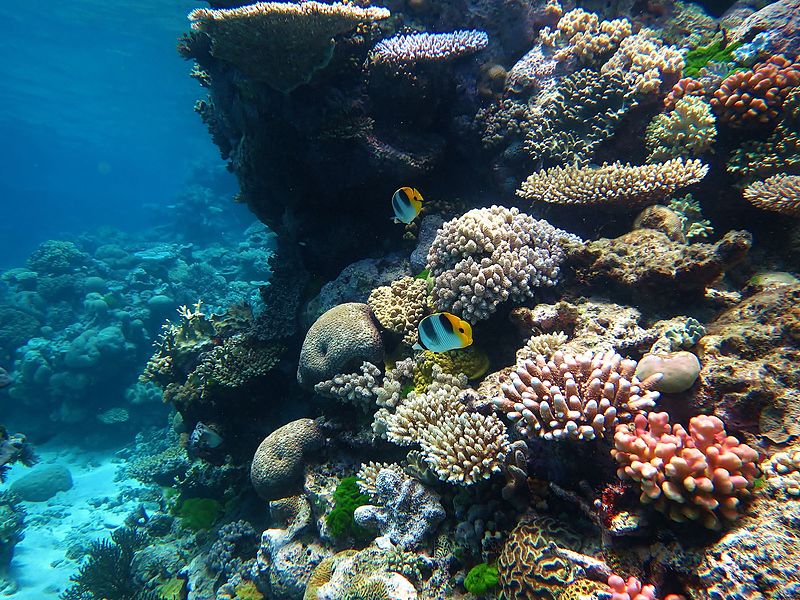 Australia is home to many things: the Outback, the Sydney Opera house, marsupials you won’t find anywhere else, and, most notably, the Great Barrier Reef.

The Great Barrier Reef has many kinds of marine mammals, including whales, dolphins, porpoises, and, oddest of them all, dugongs (Dugong dugon). Dugongs are relatives of manatees, both species of the order Sirenia.

While their conservation status is “vulnerable,” they have a prominent population along the Reef. Seagrass is their main diet, although when desperate, they may eat algae. Like many animals, the males will fight to get the chance to mate with the female. They will normally give birth to a single calf. Calves will nurse for 14-18 months, but they start to eat seagrass soon after birth.

Once matured, the calf will leave its mother. As mentioned before, they are vulnerable in the wild, and this is due to increased human interaction and activity. But in various parts of Australia, laws, and regulations have been passed to protect the species.

As the biggest fish in the world, whale sharks (Rhincodon typus) appear to be a force to be reckoned with. However, their diet consists of plankton and small fish. It is unfortunate that they are endangered, as they are popular in international markets for their meat, fins, and oil.

Human activity also disrupts their feeding, and boat propellers are a risk to their wellbeing. These marine giants can weight around 11 tons and be as long as 40 feet, with a resplendent pattern on their skin, a notable feature. Females can give birth to 300 live young, although only few will reach adulthood.

They reach maturity after 25 years when they are ready to produce offspring of their own. Whale sharks live for a long time too, from 100 to 150 years.

Oddly enough, green sea turtles weren’t given that name for their exterior color. They were named “green” due to the pigmentation of their fat. Scientists speculate that the green color is a result of their green diet of seagrass and algae.

These reptiles are endangered because of various human-activity causes, including being hunted and  over-harvesting of their eggs.

Some of the most interesting things about green sea turtles is their nesting and the general facts about their offspring. The mother makes a nest for the eggs, using her front flippers to create a pit. Females lay an average of 115 eggs in each nest they make, and the eggs will incubate for approximately 60 days.

These eggs can be described as having the shape and appearance of ping-pong balls. There are many threats to these eggs, including dogs, seabirds, and raccoons. The most dangerous time for the offspring is when they are born and are trying to reach the ocean. Predators, people, and vehicles can prevent them from getting to their destination, and many can die if they encounter these dangers.

And there you have it! Hopefully, you have learned something new that you can share with others, or maybe this article has piqued your interest in the Great Barrier Reef or marine wildlife in general.