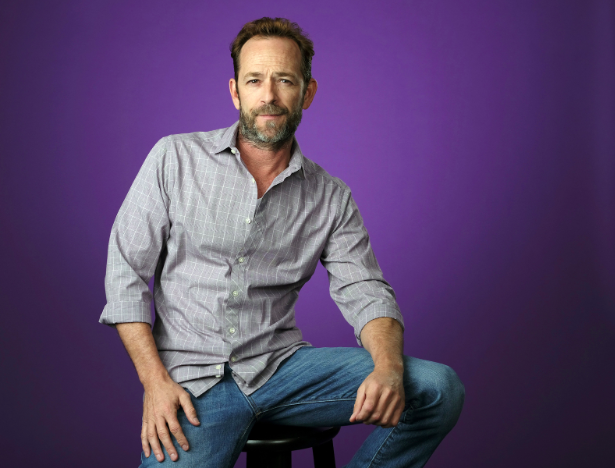 Mansfield Ohio, 1966. Coy Luther “Luke” Perry III was born into this world. Son of Coy Luther Perry Jr. and Ann Bennett, he was the second of three children. He was the school mascot throughout his high school career growing up in his hometown of Mansfield Ohio, with his mom and stepfather.

In 1984, Perry left his home to pursue a career in acting in Los Angeles, California. Obtaining smaller film roles in the beginning, he created a base for himself, and as we all later came to understand, a reputation of being a very kind and loving soul of every member of the cast and crew who worked on the projects.

His first character of note came in the form of a television drama, under the character name Dylan McKay, on “Beverly Hills 90210,” airing from 1990-1995 and then again from 1998-2000. This launched him sky high and helped his career thrive, making him a household name.

A much later role of note would be in the form of his character of Fred Andrews on the CW hit drama series “Riverdale” where he appeared as a series regular from 2017-2019, until his sudden and untimely death. From both these characters we are able to see the huge range of his talent from 90s heartthrob bad boy to kind-hearted father figure.

As an avid “Riverdale” fanatic, I sit in on the hour long segment every Wednesday in anticipation of what will happen next. Of all the characters’ stories and subplots, I must say that one of my favorite to root for was that of Fred Andrews. Not because he was the kindest or most deserving, but because underneath it we all can see a man who has touched those around him, much like the man who played the role.

On March 4, during my Global Studies class I jumped when my phone rang and then buzzed several more times at my feet in the pocket of my backpack. Worrying, I grabbed the phone out of my bag and looked at the messages. Seeing the words “dead” and “Luke Perry” made my heart sink.

Only a few days earlier, Perry had suffered a massive stroke and fell into a coma that he unfortunately did not recover from. The friend of mine was so upset about this untimely death and quite frankly, so was I. In reading much of what has been published since his death, it is obvious that Luke Perry had the admiration of many fellow actors and performers in and out of the business as well as a global network of fans who truly mourn his loss.

Based on what I hear from close friends and family, I have come to the realization that this man would not want us to dwell. While his death has both shocked and saddened fans of all of his characters, my parents included, he was an empathetic man in real life, who was playful and really knew how to have a good time and more importantly how to be kind to others.

We should celebrate his work and his life. While we have lost him too soon, we will look ahead to a posthumous role in the Quentin Tarantino film Once Upon a Time in Hollywood.

His real-life story ended far too abruptly but it is clear that he entertained generations of fans while living his personal life in a way that inspired so many. He will never be forgotten.