Reflecting on the 2020 Grammy Awards

This January 26th, the Grammy Awards shocked everyone with its surprising choices. There has been a lot of dialogue regarding whether or not certain artists were deserving of the award that they received. Almost everybody seems to have their own opinion, and I would like to contribute to the conversation as I highlight some of the major awards and discuss each winner’s worthiness.

1. Album of the Year 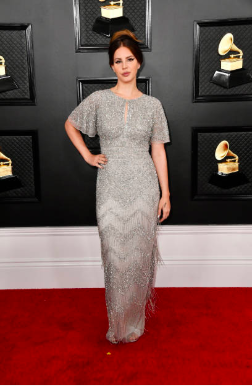 This category was in tough contention due to the volume of spectacular nominees. The winner was Billie Eilish with her album, “When We All Fall Asleep, Where Do We Go?” Billie Eilish won 5 grammys in total this year, but did she deserve this one? I say no.

Although I am a supporter of Billie Eilish’s innovative music, there was a more honorable album in the category: Lana del Ray’s “Normal F***ing Rockwell” should have won this award because of the excellent production quality and maturity of her lyrics.

I think the Academy’s voting members were overwhelmed by the unique qualities of Billie Eilish’s album, causing them to overlook the more sophisticated work of Lana del Ray.

Once again, Billie took this award with her song “Bad Guy.” Personally, I think “Bad Guy” is among her worst material, as it lacks the depth and character that some of her other songs provide.

I do understand why she won this award, as “Bad Guy ” is very stylistically unique, but other nominees in this category such as Lizzo’s “Truth Hurts” were more worthy of honoring with their substantial impact on the music scene in 2019.

When “Truth Hurts” was released it could be heard absolutely everywhere, but you could not say the same about “Bad Guy”, which for me, is a song that I just gloss over to get to the rest of Billie’s most recent album.

Continuing the trend, Billie Eilish swept this category. She absolutely deserved this award. In 2019, Billie skyrocketed into the spotlight, with her individuality and pizzazz. People of all ages began to gravitate to her because she communicated ideas that other artists weren’t. I know this because even my mid-western grandmother asked me if I had heard of Billie Eilish—even she was intrigued by Eilish’s style.

So yes, Billie’s impact on 2019 was significant enough for her to deserve this award. Although I do not concur with her wins in the last two categories, she is extremely talented, and undeniably a very important voice for this generation.

In the coming years, I desperately hope that the Grammy Awards take a closer look into how impactful each piece of music is, instead of being overwhelmed with flashiness. This, I believe, was their main downfall this year, and why many of the categories were awarded to Billie Eilish. Overall, the Grammys were fun and exciting as always, and I am looking forward to a music-filled 2020.