How To Win Black Friday Sales In A Pandemic 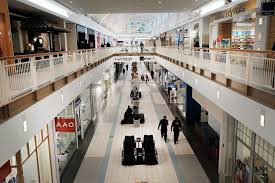 Black Friday has changed a lot over the years, but this year will look extra different. As COVID cases rise and the holidays creep upon us, shopping in today’s world is very different than past years. This year, Black Friday falls on November 27th, Small Business Saturday is on November 28th, and Cyber Monday is on the 30th. However, many shoppers’ questions are still in the air: are people allowed to shop in person? Will stores even open?

Walmart was one of the first stores to publicly announce their Thanksgiving plans. The store will remain closed throughout Thanksgiving weekend. In mid-October, Walmart held a shopping event similar to Amazon’s Prime-Day, called Big Save, that acted as a Black Friday replacement. Similar to Walmart, Target also hosted a “Deal Day” on October 13th and 14th. Target plans to remain closed on Thanksgiving day, but the company is debating whether or not to open on Black Friday. At the very least, Target’s curbside pickup will be up and running.

Stores such as Best Buy have taken a different approach to Black Friday deals. They have stated that none of their stores will remain open during the day itself but will last online until the holidays end. Macy’s also joined the group of stores that is set to close on Thanksgiving and prohibited attendance to their annual Thanksgiving Day Parade, which is viewable via television or streaming. Macy also released its week-long holiday sales prior to Black Friday.

Other low-risky shopping options include curbside pickup, which has become more commonly seen since the Coronavirus. Just order your purchases online and drive to the store to pick them up, where a worker will bring your bags to your car. Many stores have also offered the possibility of a lottery system, where people enter their names, and a few entries are picked to come into the store at a specific time, with no more than ten other people.

As for Small Business Saturday, many local stores are taking similar precautions to the bigger brands and companies. However, some small businesses are considering enhanced online shopping such as drive by sales, which are crucial for small businesses over COVID and have helped with online sales as well. Depending on their locations, some small businesses might move their shops outside for the day.

Finally, Cyber Monday will remain similar to past years. The main difference is that online deals will remain on websites longer for those who do not want to shop in person. Many deals will also be released to the public earlier, for those who want to holiday shop sooner rather than later.

Although Black Friday, Small Business Saturday, and Cyber Monday will look different from other years, retailers and companies are still doing their best to make these fun traditions work. If you are someone who is going to shop in stores during these sales, make sure to wear your mask, keep your distance, and stay safe.