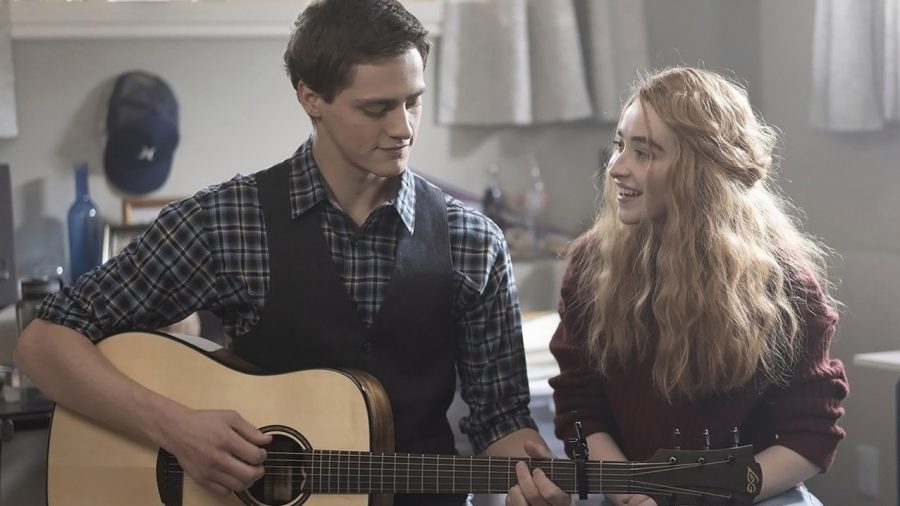 Disney+ has recently released a new original film called Clouds, a real-life story about a boy named Zach Sobiech who has terminal cancer. He and his best friend Sammy are aspiring musicians, and after a trip to Paris with his family, Zach decides to write a song with Sammy called “Clouds.”

It is about looking at the positive in life when you are “in a dark hole.” It becomes popular across the country and they are signed to a label. After this, though, Zach’s health gets even worse, and he is predicted not to make it to prom.

He is offered to sing at the Metropolitan, but he doesn’t have enough time, so his family throws a huge party and a makeshift prom with all of the school and his girlfriend. All the funds go to cancer research, but, as the movie documents, Zach sadly died on May 20, 2013.

This movie is extremely sad, and I started to sob towards the end. The way that the movie was created makes you connect with the characters so much, and when my brother came in for five minutes while I was watching the movie, he said that he almost cried too.

It wasn’t exaggerated, and the acting and writing felt personal. The casting choices were very good, as each actor did a great job fitting the setting and showing lots of emotional expressions.

I would give Clouds 4 stars out of 5 and would recommend it to anyone that is okay with watching sad movies and sobbing. It is incredibly moving to see how Zach’s situation brought together his whole community to support research for cancer.

It is truly an emotional roller coaster. If you want to help or support the charity that Zach started in 2012, you can donate and learn more here: Zach Sobiech Osteosarcoma Fund.