A Look At Marvel’s Phase 4 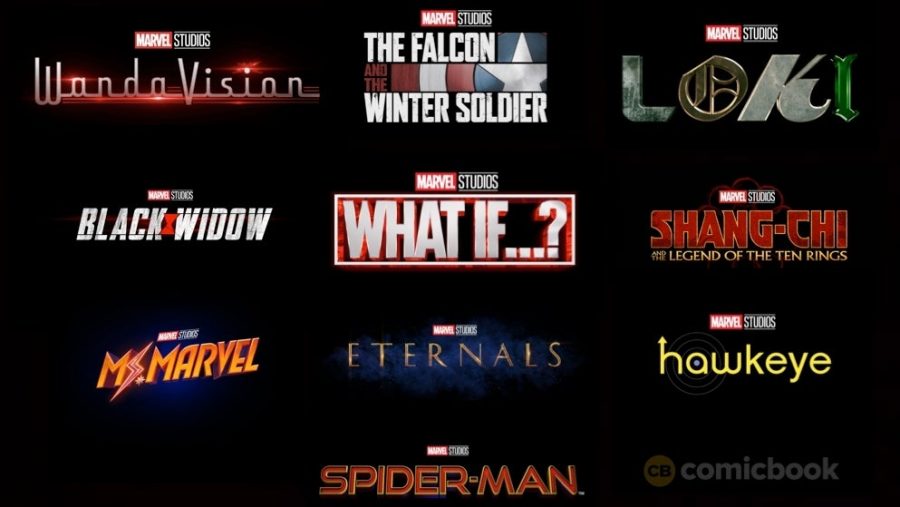 For all of the Marvel fans out there, the newest updates from the entertainment conglomerate’s Phase 4 plan are sure to excite all of the superhero enthusiasts. There is a lot to cover, with some movies coming next spring and others coming in two years. The majority of Marvel’s movies have been postponed drastically due to the lack of people in the movie theaters, where they make the majority of their money.

In the meantime, there are many programs that are coming relatively soon. The new TV series coming to Disney+ on January 15th is WandaVision. It takes place after Avengers: Endgame. WandaVision doesn’t have one specific plotline, but this is what can be made out of the trailer: Wanda has a mental breakdown due to Vision’s death, causing her to create multiple realities—one in every decade from around the 1950s to now.

Another series set to release on Disney+ is The Falcon and the Winter Soldier, which sees how The Falcon manages his position as the new Captain America (available on March 19, 2021). Black Widow is supposed to come out on May 7th, 2021.

Black Widow is about Natasha Romanoff’s (Black Widow) history before she became an Avenger. We learn about the “red on her ledger” and her darker past, as well as getting to meet her family and figure out what happened in Budapest. Eternals is set to come out on February 12, 2021. While details on the plot are slim, the incredible cast, including Angelina Jolie, Kumail Nanjiani, and Salma Hayek, is sure to make for an entertaining watch.

The last movie that is coming out this winter is Morbius on March 19, 2021. The film follows Morbius, a man who is sick with a very rare blood disease. He creates a serum that is derived from bats, but instead of curing him, it turns him into a vampire.

There are some movies/TV shows coming out in the summer of 2021 and a bit later in the year, but the majority of them don’t have the plot or exact date revealed. Loki is coming next spring with no plot revealed or specified date. What If…?, a TV series, is set to release in the summer without a set date. Shang-Chi and the Legend of the Ten Rings is coming July 9, 2021, and Venom: Let There Be Carnage (not in the MCU) is coming June 25, 2021.

The Sony and Marvel collaboration of Spiderman: Into the Spider Verse is planned to have a sequel on October 7, 2022. Ant-Man 3 and Blade have no set date, but we know that they are in production.

While the many postponements have been difficult, audiences have a lot to look forward to, including a whirlwind of movies and TV series, in the next few years.