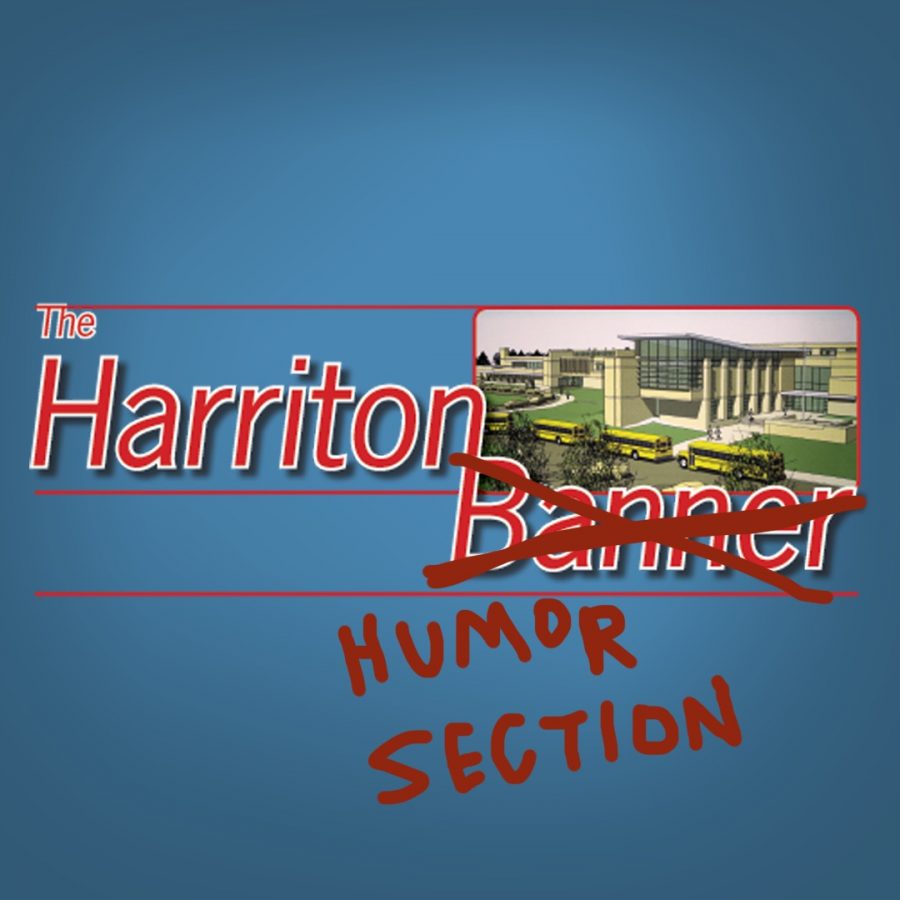 As a dedicated contributor to The Harriton Banner, it has become increasingly evident that Head Editors Goldie “The Goldfish” Beck and Ty “I’ll Come Up With A Nickname For Him Later” Nagvajara are no longer fit to run the so-called “high school newspaper.”

Their growing laziness has affected not only the undeniable decline of The Banner, but also their published articles. This is apparent in recent pieces such as How That One Event Thing Affected The School Or Whatever and That Recent Political Thing That Happened Seems Pretty Interesting I Think. I mean, the newspaper is called “The Banner,” and they haven’t even banned one thing!

For these reasons, I have decided to officially launch my plot to overthrow The Harriton Banner on behalf of the mighty Humor Section. For one thing, I am more than qualified for the position.

The Humor Section has been absolutely thriving since my arrival; any visitor to The Banner can easily see that the Humor Section is the most powerful and influential section in the whole newspaper, hosting countless staff writers and fostering an incredibly reliable publishing schedule with a minimum of 14 top-tier pieces per week.

In addition, I have been successfully running my own magazine www.TheMilkingCat.com for 2 years now (alongside my friends Benji Elkins and Noah Stern but they don’t go to Harriton so who cares). In doing so, I have acquired the necessary skills to craft a perfect article, effectively manage a staff of teen writers, and— how to correctly use— an em dash.

When taking into consideration the fact that the Humor Section has grown more powerful than the sum of the whole Banner itself, and the fact that my personal qualifications surpass those of Ty and Goldie tenfold, I hereby demand that The Banner run under my leadership with the following conditions (including, but not limited to):

I will be instated as the honorable ‘Supreme Grand Master’ and Ty and Goldie will be forced to resign from their positions.
“The Harriton Banner” will be renamed “The Humor Section’s Harriton Banner™.”
Every piece from here on out will be written in the format of a humor article, even if it’s not actually a humor article. Everyone reading it will be all like, “Wait, were they trying to be funny? Why would they try to joke about that horrible global issue? It wasn’t even jokes at all… Wha–?” It’ll be hilarious.
Each of the current Harriton Banner sections will be adjusted to ensure that it is catering to the real needs and interests of Harriton student body:

I think we can all agree that after reading the many improvements I will make once I step into power, it is more than fair to say that The Harriton Banner will be continuing under the leadership of the Humor Section from now on.

Please let me know if you have any questions about the upcoming transition of power, although I find it hard to believe that anyone would have any questions after that beautiful explication. Just another example of the Humor Section’s undeniable effectiveness.