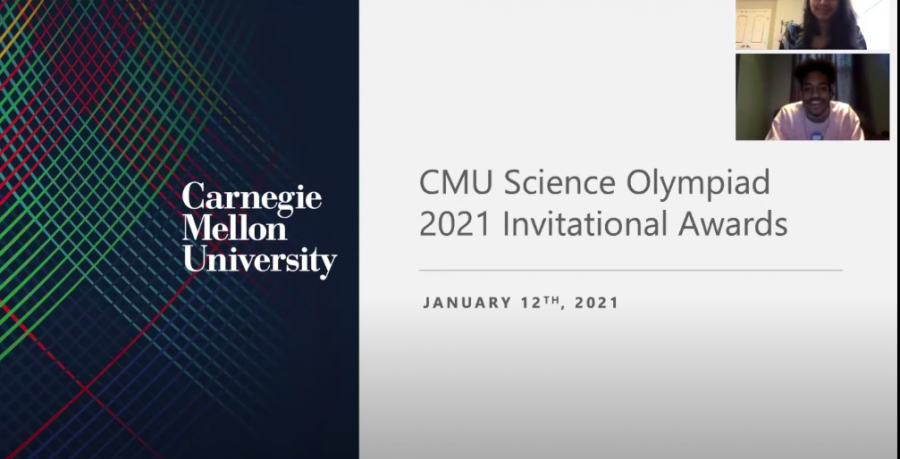 On Saturday, January 9, 2021, a team of 15 Harriton Science Olympiad members competed virtually in the Carnegie Mellon University (CMU) Invitational. This team of 15 was not just any group of competitors–it was a group of all underclassmen.

This allows newer and younger members to gain a better understanding of what Science Olympiad tournaments are like and helps them gauge their progress in their events.

This year, the CMU invitational took place over a span of 12 hours, during which competitors could log onto the testing platform with their partners and take a 60-minute-long exam for their particular event. Many partners chose to communicate through video call during the test, as meeting in-person was strictly prohibited due to the pandemic.

Teams competed in a total of 19 events, including one trial event (an unofficial event Science Olympiad tests out during a competition), which covered a large range of STEM topics. Some of the events that ran at this tournament included Anatomy, Circuit Lab, Experimental Design, Ornithology (the study of birds), and Water Quality, among many others.

Although the underclassmen that competed at CMU were younger and less experienced than the upperclassmen students on other teams, they held their own during the competition.

Out of the 52 total teams that competed at the CMU Invitational this year, the Harriton Science Olympiad underclassmen team placed 13th overall. Considering that there were top teams competing at this invitational, the underclassmen represented Harriton well.

One drawback about competitions this year is the virtual format. The CMU invitational prevented the underclassmen competitors from fully experiencing the typical in-person tournament. Although the competitors were able to gain competition testing experience, the social interactions were lacking during the virtual competition, since team members were only connected via a screen.

This makes it particularly difficult to maintain a strong team spirit and morale. Nevertheless, many of the Harriton Science Olympiad competitors agreed that this competition was a valuable learning experience and served as a good indicator of how various events have been doing so far this season.

Congratulations to the Harriton Science Olympiad team and to all of the people who competed!