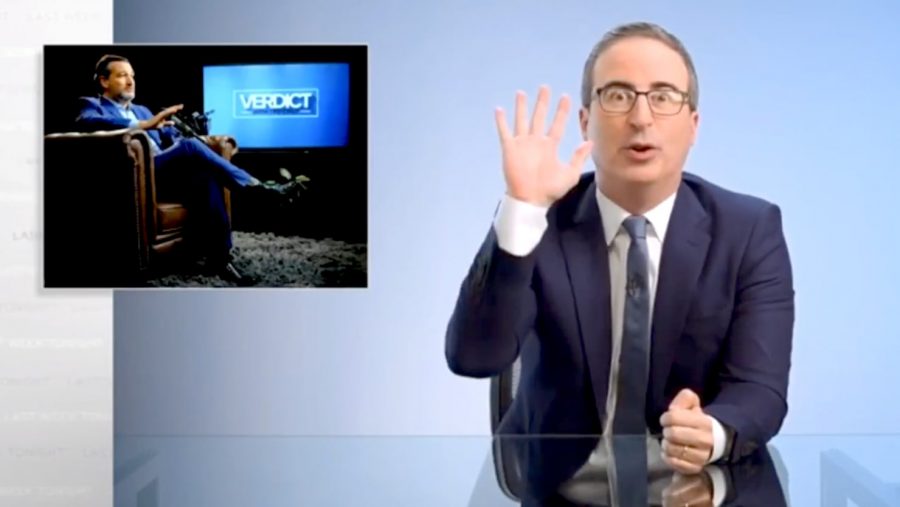 John Oliver, the iconic late-night host with a British sense of humor but an American sense of pride, is one of the funniest late-night hosts to wear that title. With his hilarious wit and a weird obsession with Adam Driver, he is a comedian that is good at his job.

This Valentines Day, he premiered the 8th season on his show Last Week Tonight With John Oliver.  It premieres on HBO at 11 pm and is posted on YouTube a couple of days after its release, so you can catch it at any time.

His last season in 2020 was nothing short of hilarious. It was full of great jokes mocking everything from the United States government to mascots in Japan. He talks about the major things and weirdest things happening across the world. He normally deals with hard topics to swallow, which there were plenty of in 2020. However, Oliver puts a spin on it to make people smile during difficult times, especially during a pandemic.

Last season, he focused very much on United States politics, such as President Trump, but since there was a change of powers, it will be interesting to see if that will be his main focus again, or if he will focus on more bizarre and global topics similar to the past. There are many other things to focus on now that Trump is not in the White House anymore, but John Oliver is known for talking about a vast array of issues, so we will have to wait and see.

With everything that has happened since November 15th, which was the date of his last episode in 2020, Oliver has had a lot to cover, such as the insurrection on January 6th, the official election announcements, Biden and Harris’s inauguration, Jeff Bezos stepping down from CEO of Amazon, and the vaccines that have been distributed across the globe.

The trailer itself for the new season is a sight to see, with some of the highlights from his show last year, including the TikTok washing hands dance, the hamster, and once again Adam Driver. The best part was when Oliver got a huge sign that said 2020 and blew it up in the end.

The first episode of the season talked about the next pandemic, and how scientists have been warning people for decades claiming that one like Covid-19 will come. Of course, he placed a positive spin on it with one of the best lines of the episode, “‘Unfortunately, there is every chance that after all this is over, we’ll end up treating the coronavirus like a really bad fart at Thanksgiving,’ he said. “That is, waiting patiently for it to dissipate so we can never speak of it again and collectively pretend that it didn’t just kill grandma.’”

He talked about what the next pandemic will be like, and how it could be worse than the one that we are currently facing. He talked about how to avoid the next pandemic and how to stop ignoring the regulations and suggestions that professionals, such as the respected official Anthony Fauci, have made across the world. He has had funnier episodes in the past, but there will be more episodes to come. The series will be a wild ride, especially considering how everything can change in one moment— again.