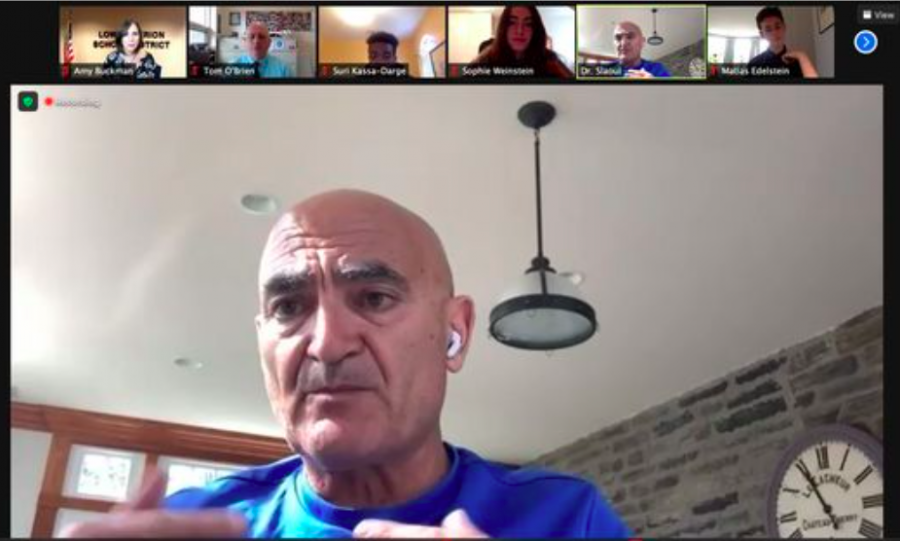 Dr. Moncef Slaoui, head of Operation Warp Speed, recently spoke at a webinar hosted by the Lower Merion School District. He spoke about his early life, his advice for students as they navigate post-secondary life, and his work, specifically with developing the COVID-19 vaccines that are putting the nation and the rest of the world on a path to recovery.

Dr. Slaoui grew up in Morocco and attended a large public school where he became interested in life sciences and biological sciences. After high school, he further pursued biology and immunology in a multitude of institutions across France and the United States. Since then, he has gone on to aid and lead various vaccine development projects, including that for the Ebola virus, malaria, and, most recently, the COVID-19 virus.

Dr. Slaoui got a call from the White House soon after the COVID outbreak in the U.S., and he got right to work. On the first day of Operation Warp Speed, Dr. Slaoui and his team chose six projects to work on from 96 vaccine study proposals.

Despite estimates that the vaccine rollout would be in spring 2021, Dr. Slaoui and his team managed to get the first vaccine project, the Pfizer/BioNTech vaccine, fully approved by early December. Only a few weeks later, the Moderna vaccine was approved, and the Johnson and Johnson vaccine was approved in early March.

Dr. Slaoui credits the success and speed of the project to the collaborative efforts within his team and the pharmaceutical companies involved. He says that the “key point” was to bring these companies together: working against the coronavirus was easy, but finding a common ground on which vaccine projects to choose was more difficult. Once these projects were chosen, however, work began immediately, allowing first phase clinical trials to begin just 60 days after sequencing.

Looking at life after this pandemic, Dr. Slaoui hopes the government “protects against invisible enemies” by setting up a permanent organization to prevent and control viral outbreaks so they don’t develop into pandemics like COVID-19, and cause mass devastation.