The Controversy and Criticism Surrounding Don’t Look Up 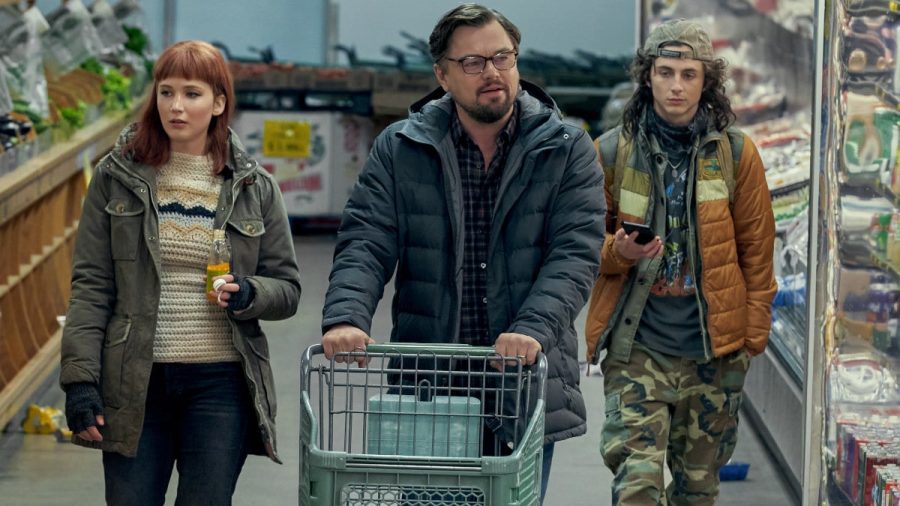 Adam McKay’s Don’t Look Up premiered just a couple of months ago around the holidays, a wonderful time for your family’s conflicting political agendas to come to the surface once again. If you’ve watched this film already, you may feel that it’s packed with metaphors and that the giant comet headed towards Earth represents climate change, COVID, or any other pressing issue that we have not truthfully handled in a cooperative manner.

Maybe you watched the film and felt it was a “disaster” or a “righteous two-hour lecture masquerading as a satire” (as described by David Fear in Rolling Stone). Regardless of its reviews or its Rotten Tomatoes, here is a rundown on the controversy and criticism surrounding the new film.

Upon the film’s release, Don’t Look Up became one of the most-watched Netflix movies of all time. There was a great deal of excitement surrounding the movie’s premiere date, particularly because of its impressive cast. Leonardo DiCaprio and Jennifer Lawrence star as the astronomers who first discover a big threat out in space, which is expected to completely destroy Earth in six months’ time. Their data reaches the White House within hours but is quickly dismissed by the ignorant President Orlean (Meryl Streep). Cate Blanchett and Tyler Perry play the hosts of a morning talk show who always find a way to discuss celebrity gossip instead of addressing the crisis at hand.

Chaos ensues amongst the public as news of the approaching comet is released. This extinction-level event becomes ridiculously politicized. During humanity’s last few months, the media is consumed by conspiracy and misinformation that divides and distracts people from the real issue at hand. The politicians in this film are dangerously self-centered, as they lie and make critical decisions based on selfish intent, such as money-making and concern for their reputation.

Don’t Look Up received an overwhelming amount of criticism, but it also welcomed a lot of praise. Peter Kalmus, a climate scientist, had very positive comments on the film, which he wrote about in an article for The Guardian. He feels that Don’t Look Up is not a film about how humanity would respond to a planet-killing comet, but a film about how “humanity is responding to planet-killing climate breakdown.” Kalmus proceeds to write about how half of the Republican Congress believes climate change is a hoax, and he expresses his concern for the planet’s future. When asked to describe his new movie, Leonardo DiCaprio called Don’t Look Up “an analogy of modern-day culture and our inability to hear and listen to scientific truth.”

While many admire the film for its attempt to bring awareness to the current state of politics and environmental issues, others are quite enraged by its smugness and pious attitude. The film received low ratings and very critical reviews. Both professional critics and the general audience found enormous fault in Don’t Look Up. It was described as a “smug, shrill disaster” (Chris Evangelista, Slash Film), and a “very angry, deeply anguished comedy freak out” (Manohla Dargis, The New York Times). In David Fears’s article for Rolling Stone, he calls the film “a more socially acceptable form of expressing aggression.” A number of reviews have also associated Don’t Look Up with political ideas, essentially claiming that the film pushes a self-righteous liberal agenda.

Although the film has sparked a rather aggressive clash of opinions, most viewers seem to at least agree that Don’t Look Up is a social commentary. One’s view on it is evidently dependent on what they value, and their stance on certain societal and political issues.