Latest Stock Pick: Tilray Brands and Canopy Growth & The US Legalization Of Marijuana 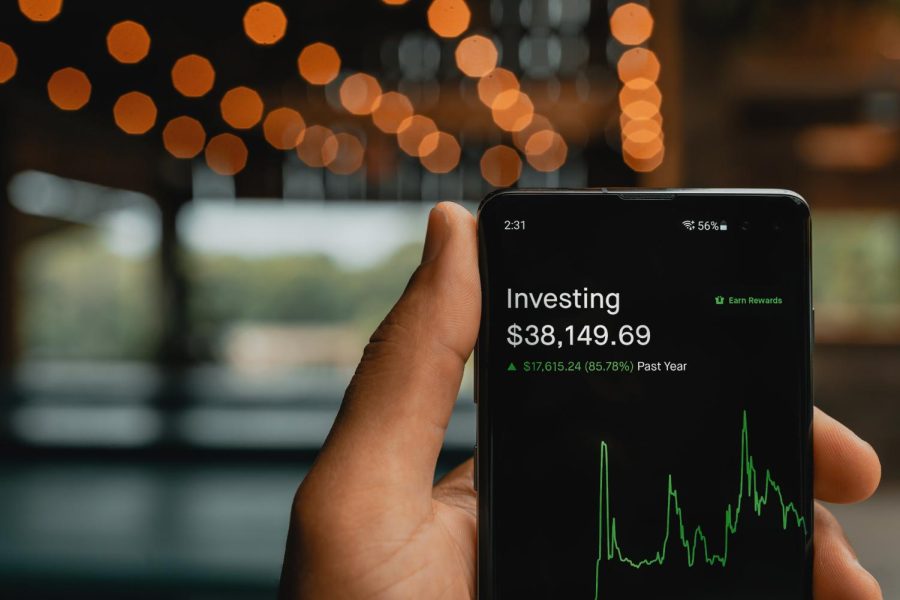 Marijuana stocks have been the talk of the town ever since a few states started legalizing. These companies are banking on the full legalization of marijuana in the United States. Cowen predicts that by 2030, there could be up to $85 billion in profit in the United States.

With COVID-19 ravaging our country and Russia trying to invade Ukraine, the legalization of marijuana is fading out of focus––until recently. According to The Motley Fool, “Senate Majority Leader Chuck Schumer is signaling that he may permit banking legalization to precede outright legalization of cannabis”. The SAFE Banking Act would allow banks and other financial institutions, “to legally service cannabis businesses without fear of prosecution,” according to NBC. The act has already passed in the House and is waiting to pass in the Senate.

Mexico legalized marijuana for possession but not for legalization––until recently. Mexico is dealing with cartel-led violence that’s left many citizens voting against marijuana. However, the crop could lead to serious profit for the Mexican government, which was hurt financially by the pandemic. With more countries legalizing, the United States is still trying to fully legalize. So far 19 states have completely legalized it and 26 states have decriminalized it, according to DISA.

What Are Possible Investment Options?

Two companies come to mind when it comes to marijuana investing––Canopy Growth and Tilray Brands. Both are Canadian cannabis companies and have serious potential, but their stock prices have dropped for several months. Canopy Growth is down nearly 85% since its peak in January 2021 at $8.54 (February 2nd, 2022). On the other hand, Tilray Brands is down close to 96% since its peak in October 2018 (February 2nd, 2022). The continued pushbacks of these companies have caused a drop in share price for the most part.

While both stock prices are near rock bottom, they have bright futures. Let’s break both of these companies down and talk about each of their stats.

Why Would I invest in Tilray Brands?

With the cannabis market rising from the pandemic, sales rose to C$513 million on May 31st, 2021––up from nearly C$391 million in annual revenue for 2020. However, the company yielded C$367 million in losses for 2021 versus a loss of more than C$61 million for 2020, according to Investopedia. Due to these losses, Tilray failed to make any annual profits since 2019.

In May 2021, Tilray merged with its competitor, Aphria, to become the largest marijuana company in the world. Tilray is dominating and is getting a headstart on a potentially growthful industry.

Tilray is expanding. According to The Wall Street Journal, “Tilray is in 20 countries globally and has over 2,100 employees.” Tilray is continuing to expand and with legalization underway in the US and other countries, Tilray could grow intensely over the next few years.

Why Would I invest in Canopy Growth?

Investopedia states, “Canopy earned slightly more than C$546 million in net revenue, up from nearly C$399 million in 2020″. The company took a significant net loss of approximately C$1.74 billion for 2021 versus a C$1.32 billion loss in 2020.” Canopy Growth is yet to turn a profit. Canopy Growth is currently struggling but when the United States legalizes, it could have a serious turnaround and the price could soar to the sky.

Both stocks’ prices are at their lowest lows and have some serious room to rebound. While both are not the safest options to invest in, they still have great potential. Unfortunately, our country is dealing with a pandemic and possible war with Russia. At this point, one can only wait to see if Congress will continue to press for legalization, and invest wisely.

*Not a financial advisor. All investment strategies and investments involve risk of loss. Nothing contained in this article should be construed as investment advice. Any reference to an investment’s past or potential performance is not, and should not be construed as, a recommendation or as a guarantee of any specific outcome or profit. The opinions expressed in this article are the author’s own. Harriton Banner does not endorse nor support views, opinions or conclusions drawn in this article and are not responsible or liable for any content, accuracy or quality within the article or for any damage or loss to be caused by and in connection to it.*